PHILLIPSBURG, NJ (Warren County) – Two men were charged in connection with an armed chase of a teenager in Phillipsburg Thursday, police said.

On May 14, at around 4:45 p.m., officers responded to the rear of 486 South Main St (Cedar Alley) for a report of man carrying a rifle and chasing a man, police said.

The 17-year-old victim reported to officers that the incident began earlier at Brainards Street Park where a large fight broke out between multiple people. During the incident, Steele shouted “I’m getting my gun” and ran back to a parked car with other males and the victim ran away, police said.

A short time later, the victim was walking nearby in Cedar Alley when a silver car attempted to hit him. Steele got out of the car carrying a rifle and began chasing the victim. The victim ran into the backyard of a residence and Steele ran past, saw the victim, and pointed the rifle at him before running away, police said.

A witness reported to officers that he saw a man carrying what the witness described as a machine gun and was chasing the victim in Cedar Alley. The witness also reported seeing two other men meet up with Steele near Jefferson St. The witness was able to provide a description of all three individuals, police said.

A short time later, while police were searching the area, officers found three men hiding in the tree line near Stockton and Howard Streets. Steele was identified as the suspect who had been observed carrying the rifle and the other man identified as McKinley was questioned and determined to be the driver of the vehicle. The third male was a juvenile and police didn’t say if he was involved, police said.

Steele and McKinley were charged and released pending a court appearance. 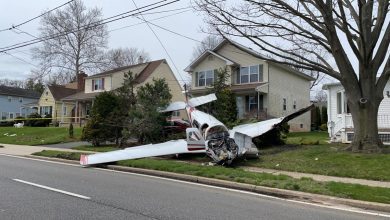 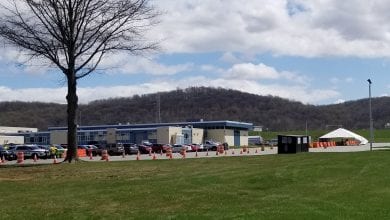