Pressure cookers have often been used as homemade bombs by terrorists, and recently the mere presence of an unattended pressure cooker on a New York City subway platform led to serious disruption and investigation, Gottheimer said.

The New Jersey Office of Homeland Security and Preparedness and the FBI have declared homegrown violent extremists as the single-highest threat to New Jersey this year, Gottheimer said.

“Today, we are taking steps to fight back against terror and to protect our homeland. We are here to sound the alarm on dangerous devices that could bring our major hubs to a standstill or worse—cause irreparable harm to Americans travelers. We are here to help prevent homegrown terrorists from striking and causing panic,” Congressman Josh Gottheimer said. “The New Jersey Office of Homeland Security and Preparedness has declared homegrown violent extremists as the single-highest threat to New Jersey this year. With that in mind, and as we go into the busiest travel time of the year, Congressman Rose and I are calling on TSA to add pressure cookers to their list of prohibited items. New Jersey and New York, as we will always stand in the shadows of 9/11, will continue to stand together in the global fight against terror.”

“To be quite honest, I couldn’t believe that pressure cookers weren’t already prohibited from being a carry-on. Safe and efficient travel should be our priority, and the sight of an unattended pressure cooker on a plane or in an airport terminal could wreak havoc during the busy holiday travel season,” Congressman Max Rose said. “On one of the busiest travel days of the year, it’s important we thank those who work day in and day out to let us travel safely and securely—but the last thing we want on days like today is for a major scare, or even worse, a terrorist attack. Which is why before we witness a tragedy or a chaotic shutdown of an airport, we’re calling on TSA to add pressure cookers to the list of prohibited carry-on items.”

At the press conference, Rose and Gottheimer released a letter sent to the head of the TSA along with several of their colleagues outlining the history of destruction and disruption pressure cookers have caused.

In the 2013 Boston Marathon Bombing, terrorists used pressure cooker bombs which killed three and wounded over 260 innocent bystanders. In 2016, a pressure cooker was used in the Chelsea neighborhood bombing in New York City which injured over thirty people and caused property damage across a 650-foot crime scene. This August, the mere presence of pressure cookers in the Fulton Street subway station brought major sections of the subway system to a standstill as the station was evacuated and the New York Police Department Bomb Squad investigated, Gottheimer said.

A New Jersey family in 2017 notified law enforcement after they discovered a relative plotting to use a pressure-cooker bomb to “kill as many people as possible” in support of ISIS. During the investigation, officers found books on jihad and suicide bombing, Gottheimer said.

“Placing pressure cookers on the prohibited items list would increase security by not allowing them to be brought into airports and mistaken for an explosive device, which could easily create a panic situation,” wrote the Members of Congress in a letter to TSA Administrator David Peter Pekoske. “It would increase efficiency by not exposing people who place pressure cookers in their carry-on bags to extra security screening thus increasing lines and wait times for others. Pressure cookers have become a dangerously simple way for terrorists to attack our citizens and cause massive disruptions in the way we live our lives. Allowing these devices in carry-on bags on planes invites panic at airports and exposes us to untold risk. Traveling during the holiday season is stressful enough without being confronted by an item we have come to identify as a possible instrument of death and destruction.”

Mars Wrigley takes the decision out of ‘sweet or salty’ with new innovation, Twix salted caramel 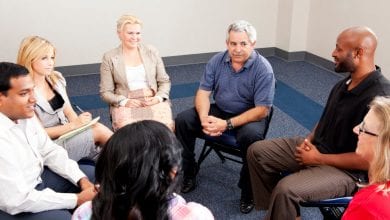 Calling all Caregivers, a Special Presentation to be held at Bentley Commons 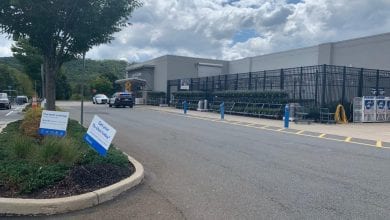