HANOVER TOWNSHIP, NJ (Morris County) – Two people have been charged following an incident at a hotel in Hanover Township.

On June 15, police responded to the Extended Stay Hotel for a possible assault in progress. Upon arrival, the officer spoke with the alleged victim who stated that a female acquaintance of his, who was identified as Carrie Katechis, 44, from Randolph Township, took his room key and entered his room without his permission and stole money and his medical marijuana, police said.

The victim then stated to police that he went to her hotel room to retrieve the items but she would not open the door. Police later learned that Katechis borrowed her friends cell phone, who was staying in the hotel room with her, to call a taxi and then jumped from the third-story window when the taxi arrived which happened prior to police arriving, police said.

Police spoke to her roommate, who was identified as Anthony Volante, 58, from East Hanover, who admitted to allowing Katechis use of his cell phone so she could flee the scene prior to police arrival, police said.

Katechis was later located in Randolph and was charged with burglary, theft and criminal mischief. She was transported to the hospital due to injuries she suffered from jumping from the hotel window, police said.

Volante was charged with hindering and released pending a court appearance, police said. 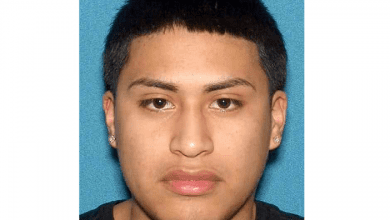