WHITE TOWNSHIP, NJ (Warren County) – Two people are hospitalized after a crash between a tractor-trailer and a car in White Township, according to State Police spokesman Lt. Theodore Schafer

A tractor-trailer and a Honda collided at around 3:11 p.m. Tuesday at Route 519 and White Road, Schafer said.

According to Schafer, the fuel tanks on the tractor-trailer ruptured and the Warren County HazMat team assisted with the cleanup.

A utility pole and wires came down in the crash. The power has since been restored.

The driver of the Honda was trapped inside her vehicle and had to be extricated. She suffered non life-threatening injuries and was flown to Morristown Medical Center.

The driver of the tractor-trailer suffered minor injuries and was transported to St. Luke’s.

The driver’s names were not immediately available. 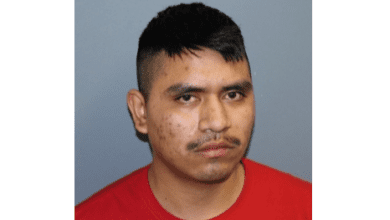 Hunterdon County man accused of sexual assault of a child