SOMERVILLE, NJ (Somerset County)  – Two men have been sentenced in the November 2020 killing of a Franklin Township man at a barbershop in Somerset County, according to Somerset County Acting Prosecutor Annmarie Taggart.

On Tuesday, May 10, the Honorable Peter J. Tober, P.J.Cr., sentenced Tayyab A. Ware, 31, of Augusta, GA, to thirty-five years in New Jersey State Prison, with 30 years to be served without parole eligibility. He was also ordered to pay $25,000 in restitution to the Victims of Crime Compensation Office (VCCO) for expenses paid to the victim’s family, Taggart said.

Todd C. Smith, 32, of Edison was sentenced to ten years’ New Jersey State Prison, 85% of that term to be served without parole pursuant to the No Early Release Act, Taggart said.

On Monday, November 2, 2020, at around 8:41 p.m., Franklin Township Police responded to numerous 9-1-1 calls reporting a shooting victim inside of a barbershop located on Hamilton Street in the Somerset section of Franklin Township, Taggart said.

Sanchez was transported to an area trauma center where he was subsequently pronounced dead. An autopsy performed by the Northern Regional Medical Examiner’s Office ruled Sanchez’s death a homicide, Taggart said.

As a result of this investigation, Smith was apprehended without incident by detectives from the Somerset County Prosecutor’s Office Major Crimes Unit and the Franklin Township Police Department after being observed in a shopping area in Clark. At the time of his arrest, he was found to be in possession of a firearm. Smith was charged with first-degree murder, first-degree robbery, second-degree possession of a weapon for an unlawful purpose and second-degree unlawful possession of a weapon, Taggart said.

Then detectives assigned to the homicide investigation travelled to Augusta, Georgia. On Wednesday, December 30, 2020, at around 7:50 a.m., Ware was apprehended without incident at a residence in Augusta by members of the Richmond County Sheriff’s Office and the Federal Bureau of Investigations Atlanta Field Office. He was charged with first-degree murder, first-degree robbery, and second-degree possession of a weapon for an unlawful purpose. He was subsequently extradited back to New Jersey by Somerset County authorities, Taggart said. 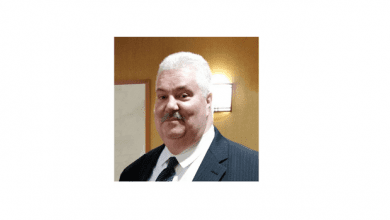