It is alleged that between September 2018 and November 2018, Forde and Wilson forced an adult female to engage in acts of prostitution out of a hotel located in Hanover Township. Both received all the proceeds that were made as a result of the sex acts the female engaged in, Knapp said.

Forde and Wilson allegedly manipulated the victim through the use of controlled dangerous substances.  Additionally, it is alleged that the victim was not free to leave the hotel due to fear of physical abuse at the hands of Forde, Knapp said.

Anyone with information relating to these incidents or any related incident is asked to call Detective Martyna Ruminska of the Morris County Prosecutor’s Office at 973-285-6213 or Eric Prach of the Hanover Police Department at 973-428-2515. 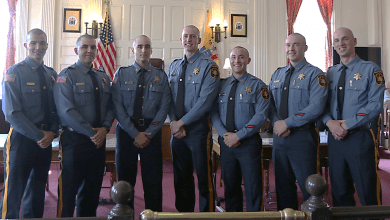