NEW JERSEY – Senator Steven Oroho (R-24) and Senator Paul Sarlo (D-36) expressed their support for an amicus brief filed by the State of New Jersey Tuesday in support of New Hampshire’s position in an interstate tax dispute with Massachusetts.

New Hampshire filed a federal lawsuit in October questioning the constitutionality of an effort by Massachusetts to continue subjecting nonresidents from the Granite State to the Bay State’s income taxes for work performed remotely.

For months, Oroho and Sarlo have expressed similar concerns about New York’s continued taxation of former commuters from New Jersey who are working remotely from their homes in the Garden State during the pandemic.

“The outcome of New Hampshire’s federal lawsuit could lead to massive tax savings and property tax relief for New Jerseyans,” said Oroho, the Senate Republican Budget Officer. “If our former commuters were no longer taxed by New York, many would pay less in income taxes to New Jersey while supporting property tax relief for the entire state. That’s why filing an amicus brief in support of New Hampshire’s lawsuit is imperative to protecting New Jersey taxpayers.”

“The Administration is taking the right action on behalf of New Jersey residents who are paying ‘remote taxes’ to another state even if they don’t step one foot across state lines for their jobs,” said Senator Sarlo, chairman of the Senate Budget and Appropriations Committee. “This is an issue of fairness that will produce substantial tax savings for New Jerseyans. The pandemic has changed the employment landscape in ways that will not change back for many workers and businesses. Many former commuters who are working from home for health reasons during the coronavirus crisis will continue to work completely or primarily from home after the shutdowns end. The tax laws should respect the ‘new normal’ for the workplace and the taxpayers should be treated fairly.”

Since New Jersey provides residents with a dollar-for-dollar tax credit for income taxes paid to New York, the Murphy Administration has estimated that putting an end to New York’s unjust taxation of New Jerseyans could result in new revenues for the State of approximately $900 million to $1.2 billion annually.

Most workers would pay substantially less in taxes overall since New Jersey has lower tax rates at most income levels.

Additionally, Oroho and Sarlo sponsored legislation, S-3064, that requires the State Treasurer to examine New York’s taxation of New Jersey residents’ income. The measure passed the Senate unanimously on October 29th and is currently pending in the General Assembly. 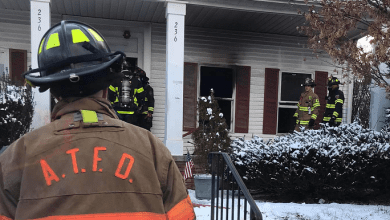