The crash happened at 1:19 a.m. on Shades of Death Road near Rydell Road, Goez said.

Anatoli Chigai, 18, of Hackettstown was traveling north on Shades of Death Road in a BMW 3 Series when the vehicle veered off the roadway striking a tree, Goez said.

Chigai and two passengers in the vehicle, a 15-year-old boy and a 16-year-old boy, sustained serious injuries and were airlifted to Morristown Medical Center, Goez said.

Two other passengers, a 14-year-old boy and a 16-year-old girl, sustained moderate injuries and were transported to Morristown Medical Center, Goez said.

No other vehicles were involved in the crash, Goez said.

California man charged with conspiracy to distribute 114 kilos of cocaine 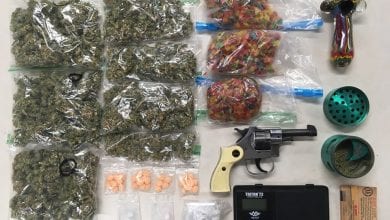