On July 13, at around 3:56 a.m., Denville Police observed a black Mercedes Benz traveling east on Route 46 that matched the description of a vehicle stolen out of Parsippany-Troy Hills earlier in the evening, police said.

The Mercedes attempted to navigate a bend in the roadway near the intersection of Durbin Avenue and the vehicle then left the roadway, struck a utility pole and a fire hydrant. As a result of the impact, the utility pole snapped and the pole and wires fell down into the roadway, police said.

After a search of the surrounding area, three of the vehicle’s five occupants were located and taken into custody, police said.

A 16-year-old boy from Irvington, a 16-year-old boy and a 15-year-old boy both from Newark were each charged with the unlawful taking of a means of conveyance and resisting arrest before being released to family members pending a court appearance, police said.

Two of the three juveniles were treated for minor injuries at either Saint Clare’s Denville Hospital or Morristown Medical Center and released, police said.

This incident remains under investigation and anyone who may have any information regarding this incident or the identities of the two remaining suspects is asked to contact Det. Scott Tobin of the Denville Police Department at 973-627-4900 x 350. 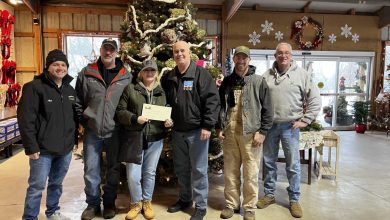