“We are witnessing a new chapter in policing in New Jersey with the reforms we are implementing in partnership with law enforcement and community leaders. And, with the body cameras we are funding, we will literally have an objective witness to how police carry out their duties,” Murphy said. “These powerful devices have been embraced by community members and advocates calling for transparency and by police officers, who see them as a critical tool to protect and assist law enforcement with their difficult jobs. On this important day, we’re also happy to announce funding for all 487 agencies that applied for body-worn camera grants.”

“This is a new day in policing for our state and our country and I want to thank Governor Murphy, Attorney General Grewal, and our legislators for proactively getting in front of the issue of implementing informed and effective policing practices,” Oliver said. “Body cameras are about supporting police officers so they can do their job better. And we are immensely grateful for the job they do every day to keep us safe.”

“As we work to strengthen trust between our officers and the diverse communities they serve, the need for accountability and transparency in policing has never been greater,” Grewal said.  “Body cameras are a powerful tool to help us in these efforts.  By acting as an unbiased witness to law enforcement actions, they help to safeguard equal justice, while also protecting the vast majority of officers who do the right thing day-in and day-out.”

“New Jersey State Troopers have been utilizing vehicle-mounted cameras for more than two decades and body-worn cameras for over several months with great success,” Callahan said. “Today’s announcement is welcome news for both New Jersey law enforcement and those we serve, because this important tool protects not only those we encounter, but the  thousands of sworn officers who serve New Jersey with the highest level of professionalism and compassion of any state in the country.”

On Nov. 24, 2020, Governor Murphy signed legislation (S1163 and A4312) requiring that by June 1, 2021, every uniformed patrol officer in New Jersey wear a BWC while on duty. Previously, fewer than half of the law enforcement agencies in the state had BWCs. In 2016, the Camden County Police Department implemented the use of BWCs for every officer working in the community. Governor Murphy believes that the increased use of BWCs is crucial to building trust between law enforcement officers and the communities they serve.

Governor Murphy and Attorney General Grewal announced that the State is funding all 487 law enforcement agencies that applied to the Attorney General’s Office for grant funding to purchase BWCs and associated equipment. The agencies requested funding to purchase 28,214 cameras at a total cost of approximately $57.5 million. The Attorney General’s Office is administering the grant program on a reimbursement basis, with agencies receiving funding at $2,038 per camera, which may be used for the purchase of cameras and equipment needed to operate them, and towards the costs of storing BWC footage. Many agencies continue to work toward compliance with the BWC mandate and remain at various stages in the procurement process, which has been impacted by the resulting demand for BWCs.

Outside research also shows BWCs are effective: a 2012 study found that use-of-force by officers wearing cameras fell by 59% and complaints against officers decreased 87% compared to the prior year, when officers were not wearing cameras.

Last week, on May 25, Attorney General Grewal issued Directive 2021-5 and an accompanying body worn camera policy setting foundational standards for the proper use of BWCs by all law enforcement agencies in New Jersey. The Policy expands on a prior directive, Directive 2015-1, and the BWC legislation passed last year, which codified much of Directive 2015-1.

The policy incorporates the legislative command that all uniformed patrol officers be equipped with BWCs and expands upon it, directing that a broad range of officers engaged in additional functions also be equipped with BWCs, including officers assigned to tactical teams, proactive enforcement teams, canine units, or duties involving regular interaction with the public. The policy seeks to further strengthen transparency and public trust by recording a wider range of police-citizen encounters, particularly those with a greater likelihood to result in a use-of-force or internal affairs complaint. 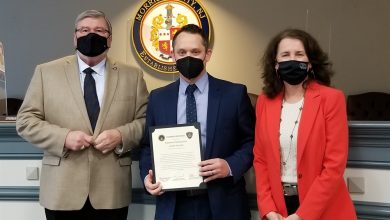 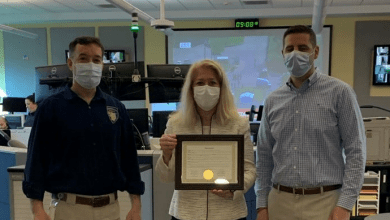 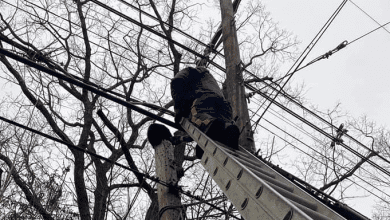