The crash happened at around 3:33 a.m. on the westbound side of the Pennsylvania Turnpike at mile marker 86.1, state police said.

According to Limani, the passenger bus was travelling on a downhill curve and was unable to negotiate a corner. The bus then then struck an embankment, overturned and was struck by two tractor-trailers traveling behind it.

Limani said the bus, which most of its passengers spoke Japanese or Spanish, was operated by Z & D Tours which according to records is located at 350 Route 46 suite 131 in Rockaway. The NTSB said on Sunday they couldn’t confirm if the bus actually left Rockaway and they would have a “firm” answer on Monday.

A phone call to the business went unanswered.

The National Transportation Safety Board has dispatched a team of 13 to assist with the crash investigation.

Man gets probation for stealing used car batteries from Walmart 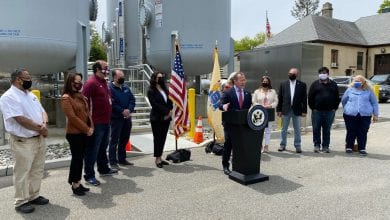