The fire was reported on Jan. 23, at around 2:22 p.m., at 300 Main Street, which is a residential over commercial wood framed building, police said.

Officers arrived on scene and observed smoke coming from the roof and then began to evacuate the second floor, police said.

The building was deemed uninhabitable and 6 people were displaced. No injuries were reported, police said.

The investigation conducted by the Hackettstown Detective Bureau, Mount Olive Township Fire Marshal and Warren County Fire Marshal ruled the cause of the fire as undetermined and not suspicious, police said.

Route 46 was closed between Warren Street and Center Street for more than an hour, police said. 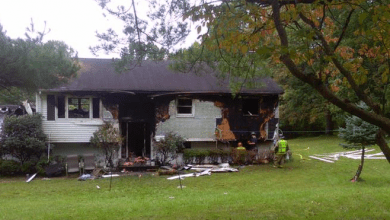