Hamilton Eromosele, 29, of the Bronx, New York, the leader of the scheme, pleaded guilty Wednesday before U.S. District Judge William Martini in Newark federal court to an information charging him with one count of conspiracy to commit bank fraud, Carpenito said.

George Edandison, 27, and Youssouf Traore, 21, both of the Bronx; Deja Handsford, 25, of New York City; Quincy Wielingen, 28, of Queens Village, New York; and Kaishce English, 32, of Allentown, Pennsylvania, all pleaded guilty before Judge Martini on previous dates to the same charge, Carpenito said.

A seventh conspirator, Edward Dorsey, 28, of Mount Vernon, New York, appeared before U.S. Magistrate Judge Steven C. Mannion in Newark federal court on July 8, 2019, for an initial appearance on a criminal complaint charging him with participating in the same offense, Carpentito said.

According to the documents filed in this case and statements made in court, from at least 2015 through 2018, Eromosele led a network of individuals, based in the New Jersey/New York area, who made trips around the United States in order to use stolen credit card information to purchase gift cards, flights, hotels, rental cars, and other goods and services.

Eromosele obtained stolen credit card information through the “dark web” and other sources, which he then provided to conspirators. Eromosele often recruited women via social media, with promises of easy profits, to fly to various locations to make fraudulent purchases. Eromosele collected his conspirators’ fraudulently purchased gift cards or luxury goods, sold them for cash, and dispersed a percentage of the proceeds to the conspirators. The conspirators made over $3.5 million in fraudulent purchases using over 4,000 stolen credit card accounts, according to the documents filed in this case and statements made in court.

The conspiracy to commit bank fraud charge carries a maximum sentence of 30 years in prison and a maximum fine of $1 million. Sentencing for Eromosele is scheduled for Jan 16, 2020. 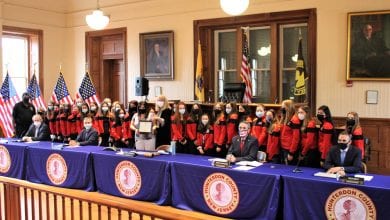 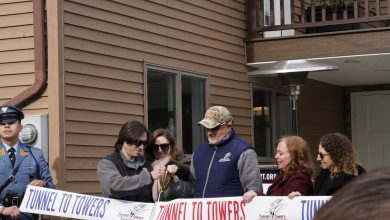