Responding Somerville Officers upon arriving at the scene encountered residents outside of the structure which was fully involved with fire. The three residents which consisted of two adults and one child had injuries as a result of the fire and escaping, Robertson said.

Officers were informed that a second child was still trapped inside of the residence on the second floor within a rear bedroom. Responding Officers made every attempt to gain entry into the residence, but were unsuccessful in gaining entry due to the fire, extreme heat and heavy smoke conditions, Robertson said.

Assistant Fire Chief from Somerville Fire arrived on scene and attempted to gain entry and make rescue. He was met by heavy fire which inhibited his rescue attempts, Robertson said.

Firefighters arrived on scene and immediately attacked the fire from the rear of the structure. Somerville Firefighters along with the Assistant Somerville Fire Chief pushed through the fire gaining access to the second floor in an attempt to make the rescue, Robertson said.

Firefighters recovered the trapped 8-year-old girl who unresponsive, recovered and removed her from the burning structure. She was pronounced deceased at the scene, Robertson said.

The New Jersey Northern Regional Medical Examiner’s Office responded to the scene and will be performing a post mortem examination on the girl to determine the cause and manner of death, Robertson said.

Two adults, a 41-year-old woman and a 31-year-old man, along with a 9-year-old female girl were all transported to an area hospital for their injuries sustained which consisted of burns and cuts from escaping the fire, Robertson said.

“A cause and origin has not been determined by investigators as the investigation is on-going. Preliminary investigation has determined that the two adults and the 9-year-old were able to escape the fire from their respective second floor bedroom windows. Attempts to reach the 8-year-old who was located in a separate rear bedroom on the second floor were unsuccessful due to the extreme and fast moving fire,” Robertson said.

Anyone with information relating to the fire to contact the Somerset County Prosecutors Office Major Crimes Unit at 908-231-7100 or the Somerville Police Department at 908-725-0331 or via the STOPit app. The STOPit app allows citizens to provide anonymous reports including videos and photos. STOPit can be downloaded to your smart phone for free at the Google Play Store or Apple App Store, access code: SOMERSETNJ. Information can also be provided through the Somerset County Crime Stoppers’ Tip Line at 1-888-577-TIPS (8477). All anonymous STOPit reports and Crime Stopper tips will be kept confidential. 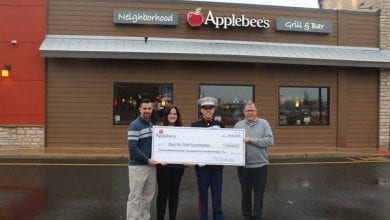