The sample was collected from Meadow Breeze Park on Aug. 21 and has tested positive for both West Nile virus (WNV) and Eastern Equine Encephalitis (EEE).

This is the first mosquito sample ever collected in Warren County that has tested positive for EEE. It’s a very active year for EEE in New Jersey and in the Atlantic Coastal states, the commission said.

The EEE virus is a rare cause of brain infections (encephalitis). Only a few cases are reported in the United States each year. Most occur in eastern or Gulf Coast states. Approximately 30% of people with EEE die and many survivors have ongoing neurologic problems.

So far this year, positive mosquito samples for the West Nile Virus have been found in Hackettstown (1), Pohatcong Township (1) and Washington Township (2), according to the commission.

This year, New Jersey has one confirmed human case of West Nile virus and Eastern Equine Encephalitis, according to the New Jersey Department of Health.

The EEE virus infection can result in one of two types of illness, systemic or encephalitic (involving swelling of the brain, referred to below as EEE). The type of illness will depend on the age of the person and other host factors. It is possible that some people who become infected with EEEV may be asymptomatic (will not develop any symptoms).

The most effective way to prevent infection from ­­­Eastern Equine Encephalitis virus is to prevent mosquito bites, according to the CDC.

The CDC says to use Environmental Protection Agency (EPA)-registered insect repellentsExternal with one of these active ingredients:

When used as directed, EPA-registered insect repellents are proven safe and effective, even for pregnant and breastfeeding women.

Mosquitoes can lay eggs even in small amounts of standing water. You can take the following steps to limit mosquitoes on your property and keep them from laying eggs near you: 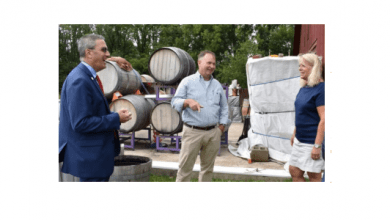