The national average for a gallon of gas fell 15 cents since last week to $4.52, according to AAA.

The steady decline is due to lower domestic demand for gasoline at the pump and a much lower global price for oil. The cost of a barrel of oil is in the mid-$90s, down from around $110 two weeks ago, AAA said.

“Global economic headwinds are pushing oil prices lower and less expensive oil leads to lower pump prices,” said Andrew Gross, AAA spokesperson. “And here at home, people are fueling up less, despite this being the height of the traditional summer driving season. These two key factors are behind the recent drop in pump prices.”

According to new data from the Energy Information Administration (EIA), gas demand dropped from 9.41 million b/d to 8.06 million b/d last week, while total domestic gas stocks increased by 5.8 million bbl. The decrease in demand and declining oil prices have helped push pump prices down. As these supply/demand dynamics hold, drivers will likely continue to see price relief at the pump. At the close of Friday’s formal trading session, WTI increased by $1.81 to settle at $97.57. Crude prices increased slightly at the end of the week due to the market expecting crude supply to remain tight throughout summer. Tightening of supply is being driven by the potential for slower economic growth due to rising interest rates and inflation. Declining crude demand, due to reduced economic activity, could lead prices to follow suit. For this week, crude prices could rise if the market continues to believe supply will remain tight. Additionally, EIA reported that total domestic crude stocks increased by 3.3 million bbl to 427.1 million bbl last week, which is nearly 11 million bbl lower than the storage level last year. 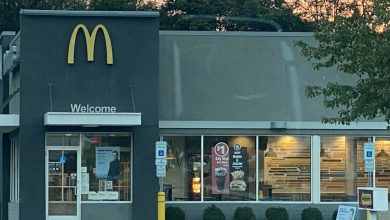 Two men sentenced to 29 months in prison for roles in conspiracy to distribute heroin, fentanyl from drug mill in NY to customers in NJ