The recent steep plunge in domestic gas prices may be affected by the results of Sunday’s meeting of OPEC+, a group of 23 oil-producing nations, including Saudi Arabia and Russia, according to AAA>

Domestic gasoline prices have dropped 26 cents nationally in the past two weeks. But OPEC+ decided to maintain output cuts of 2 million barrels per day, about 2% of world demand. The purpose of the move is to boost the global price of oil, which has fallen recently on fears of demand weakness, specifically in China. Regardless, the national average pump price for a gallon of gas dropped 14 cents in the past week to $3.40, AAA said.

“Gas prices are dropping sharply and are only a nickel more per gallon than a year ago,” said Andrew Gross, AAA spokesperson. “But with oil being the main ingredient in gasoline, OPEC+’s move could slow this decline. However, the gas price will likely soon be lower than it was a year ago.”

Today’s national average of $3.40 is 39 cents less than a month ago and 5 cents more than a year ago. At the close of Friday’s formal trading session, WTI decreased by $1.24 to settle at $79.98. A weaker dollar contributed to decreasing prices. Earlier in the week, crude prices were boosted by the EIA reporting that total domestic commercial crude stocks fell dramatically by 12.6 million bbl. The domestic commercial crude supply is 14 million bbl lower than at the end of November 2021. For this week, crude prices could rise in response to the European Union, Australia, Japan, United States, Canada, and the U.K. beginning to implement a $60 per barrel price cap on Russian seaborne crude oil, which is meant to limit the country’s revenues in response to the Ukrainian invasion. This effort follows Sunday’s virtual meeting for the Organization of the Petroleum Exporting Countries (OPEC) and its allies, also known as OPEC+, where the cartel agreed to keep its production reduction agreement of 2 million b/d unchanged through 2023. 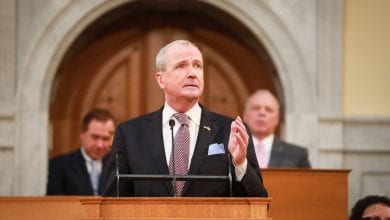