“The initiatives announced by the Office of the Attorney General are a tremendous step forward for law enforcement,” Governor Phil Murphy said. “They will build public trust and better reflect the diversity of the communities they protect and serve, underscoring our administration’s commitment to transparency, racial equity, and justice in our policing practices.”

“New Jersey is a national leader on policing issues, and the three policies we are issuing today reaffirm our commitment to excellence,” Bruck said. “But what makes the Garden State special is that we develop policing policies collaboratively, by engaging law enforcement and community members alike, as we work to promote public trust and protect public safety.”

“As our country continues to evolve, New Jersey remains at the forefront of transparent policing by implementing policies that help reinforce the trust between law enforcement and our residents,” said Colonel Patrick J. Callahan, Superintendent of the New Jersey State Police. “Our Troopers are held to the highest of standards, therefore we remain committed to upholding the directives that demonstrate our dedication to the communities we serve.”

AG Directive 2021-12: Regulating “No-Knock” Warrants. This directive provides common-sense regulations on both “no-knock” and “knock-and-announce” warrants that will promote officer and civilian safety.

AG Guidelines: Promoting Diversity in Law Enforcement Recruiting and Hiring. A 2020 law, N.J.S.A. 52:17B-4.10 (the “Act”), directed the Attorney General to develop guidelines to ensure the Act’s uniform application. The Guidelines include the following:

Although the Guidelines on Law Enforcement Recruiting and Hiring are based on a statute and apply directly to law enforcement officers, the Attorney General’s Office and the County Prosecutors Association of New Jersey (CPANJ) are committed to working together and with colleges, law schools, affinity bar organizations, private law firms and other stakeholders to develop effective strategies to recruit and retain diverse prosecutors as well. CPANJ is working with the Attorney General’s Office specifically focused on tracking and collecting data, and developing and implementing best practices for the recruitment and retention of diverse prosecutors. 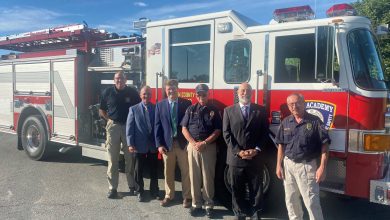