NEW JERSEY – New Jersey has joined a multi-state coalition in filing an amicus brief in a case before the U.S. Supreme Court that defends the constitutionality of state laws that require those who seek to carry a concealed firearm in public to show a particularized need to do so, Acting Attorney General Andrew J. Bruck announced Tuesday.

At issue in the case—New York State Rifle & Pistol Association v. Bruen, No. 20-843 (U.S.)—is a New York law that requires applicants for a concealed carry permit to show an actual and articulable — as opposed to merely speculative or specious—need for self-defense.

“We will always defend our state’s common-sense gun safety laws,” Governor Phil Murphy said. “Concealed carry can and does lead to unnecessary violence and brings more firearms to our town and city streets. We have worked hard to make New Jersey one of the safest states in the nation and have done so with the help of New Jersey’s longstanding gun safety laws. Residents and their families deserve to feel comfortable in public and not fear that anyone on the street can easily turn a dispute into an armed confrontation. I look forward to seeing Acting Attorney General Bruck’s success in upholding our concealed carry restrictions.”

“New Jersey residents should be able to go to a shopping mall or sporting event without having to worry about whether the person behind them is secretly carrying a firearm for no good reason,” Bruck said. “The Second Amendment has always allowed states to adopt common-sense restrictions on carrying a concealed firearm in public – to protect their residents. A Supreme Court decision striking down reasonable firearm licensing laws would pose a significant risk to public safety.”

The Bruen case centers on the denial of concealed carry permits to two men who applied for them in New York, citing a generalized desire to protect themselves by carrying a concealed firearm. Upon being denied, the men, joined by the New York State Rifle & Pistol Association, filed a lawsuit alleging the denial represented a violation of their Second Amendment rights.

A U.S. District Court judge dismissed their complaint, and the U.S. Court of Appeals for the Second Circuit subsequently upheld the dismissal. The Supreme Court has now agreed to hear the case.

New Jersey’s own concealed-carry statute prevents private persons from obtaining a license to carry a firearm outside the home unless they meet criteria for an exception under the law or can show a specific, individualized need. Specifically, New Jersey’s law requires written certification of “justifiable need” to obtain a concealed-carry permit, and makes public carry of a handgun without a state permit a second-degree crime.

In support of the states’ legitimate interest in regulating public carry of firearms, the multi-state amicus brief filed today observes that, “States with the most permissive public carry laws, which generally allow most residents to carry in most places, experience higher rates of violent crime than those who do not.”

The brief also asks the Supreme Court to reject a misguided ruling that would confer an “almost unfettered right . . . to carry loaded firearms in virtually any public place at virtually any time, based solely on a stated desire to be armed for purposes of self-defense.”

The brief argues that the plain text of the Second Amendment contains no such requirement, and that laws like New York’s are consistent with an extensive history and tradition of individual States regulating firearms in public spaces in accordance with their own concerns and considerations, including protection of public safety. 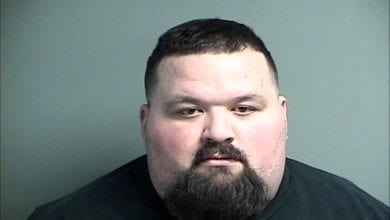