Filed in U.S. District Court in Atlanta in June, the federal government’s lawsuit alleges that Georgia’s so-called Election Integrity Act violates the federal Voting Rights Act because the law was adopted with the purpose of denying or restricting Black citizens’ equal access to the political process and because the law will disproportionally burden the rights of Black voters, Bruck said.

“New Jersey is leading the way on making it easier for eligible citizens to vote,” Governor Phil Murphy said. “What they’re doing in Georgia and other states that are trying to make it harder to vote is an attack on democracy. They couldn’t prove the big lie about the 2020 Election in any court of law, so instead they’re passing laws based on the big lie. All of us need to stand up for our democracy when it’s under attack, so we are proud to stand with the federal government in protecting democracy in Georgia.”

“In New Jersey, we are committed to ensuring that it’s easy for eligible citizens to register and vote, and hard for anyone to cheat the system,” Bruck said. “Fueled by lies about the last election, too many states are moving in the opposite direction. What’s worse is that some of these new laws appear to illegally target Black and other minority voters. These racially discriminatory laws have no place in our democracy.”

The State of Georgia and the Republican National Committee, which intervened to support Georgia, have filed motions to dismiss the federal government’s lawsuit.

In their amicus brief filed on Friday, Attorneys General from 22 States and the District of Columbia opposed dismissal of the lawsuit.

The brief argues that the complaint filed by the U.S. Department of Justice contains facts suggesting that Georgia’s true motive in enacting the new voting law was not election integrity, but rather a desire to reduce voting opportunities for Black voters following a landmark election with record Black turnout.

In particular, the law appears to target voting methods favored by Black voters, such as voting absentee or at a ballot drop box. It prohibits state and local governments from mailing absentee ballot applications to registered voters unless specifically requested for that election. It dramatically shortens the window during which a voter may request an absentee ballot. And it curtails the availability of ballot drop boxes, the use of which was particularly popular in counties home to Georgia’s urban population centers.

Moreover, the brief asserts, Georgia’s purported reason for passing the law does not hold up under scrutiny.

For instance, there is no evidence that voting by mail threatens the integrity of elections. Each of the five states that already conducted all-mail elections before the pandemic—Colorado, Hawaii, Oregon, Washington, and Utah—managed to do so without encountering widespread fraud.

The 2020 Election reaffirmed that reliance on voting by mail does not result in widespread fraud. The Cybersecurity and Infrastructure Security Agency, the expert government agency within the U.S. Department of Homeland Security responsible for evaluating cyber threats, declared in November 2020 that the recent “election was the most secure in American history.”

While states have authority and discretion to enact laws that improve election security and voter confidence, they cannot invoke those interests as pretext for discrimination. 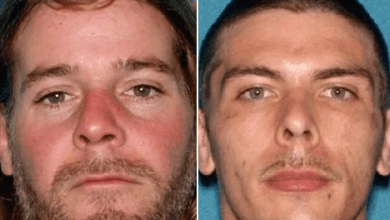 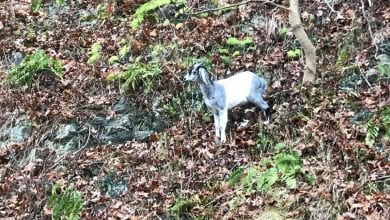 Escaped goat roaming along I-80 in Warren County safely rescued