Earlier this year, a group of plaintiffs led by the non-profit advocacy groups Equality Florida and Family Equality filed a federal lawsuit alleging that H.B. 1557 violates the U.S. Constitution’s Due Process and Equal Protection Clauses, as well as the First Amendment.

The amicus brief explains that Florida’s new law is a “radical outlier” that lacks a legitimate educational purpose.  It calls on the court to reject a pending motion to dismiss the case that was filed by the defendants, including Florida Governor Ron DeSantis, in June 2022.

“In New Jersey, we are deeply committed to protecting LGBTQ individuals from discrimination and to celebrating the important contributions they make to our communities,” Platkin said. “Sadly, Florida has taken the opposite approach.  The ‘Don’t Say Gay’ law is plainly unconstitutional, and it will stigmatize and harm countless LGBTQ youth in Florida and beyond.  That’s why I am proud to stand alongside 15 other Attorneys General in supporting the legal challenge to this profoundly misguided law.”

The amicus brief filed asserts that Florida’s law is constitutionally suspect and that the federal court hearing plaintiffs’ legal challenge should deny defendants’ motion to dismiss the case.

As the amicus brief explains, Florida’s law stands in stark contrast to other states’ educational policies in its censorship of instruction related to LGBTQ issues.  No other state educational law sweeps as broadly as Florida’s or targets the LGBTQ community in the same way.  That, the brief contends, undermines Florida’s assertion that the law furthers legitimate educational goals.

The amicus brief also notes that Florida’s law exposes Florida’s schools and educators to legal liability “for any violation of its vague provisions banning certain free speech.”  The brief explains that New Jersey, the District of Columbia, and other jurisdictions that joined the coalition brief “ordinarily leave educational decisions to schools and teachers,” and have developed targeted, cooperative ways to accommodate parental concerns instead of authorizing parents to sue their children’s schools.

Florida’s unprecedented approach, by contrast, breaks so dramatically from other reasonable alternatives that it cannot be motivated by a legitimate effort to accommodate parental concerns about limiting inappropriate sexual content in schools, the brief contends.

At the same time, the brief argues, the law encourages anti-LGBTQ bias, and places the mental health and learning outcomes of many students at risk by discouraging – and, at some grade levels, prohibiting altogether – inclusive classroom instruction.

The amicus brief also asserts that harms associated with the new law “will extend beyond Florida’s borders.”  For example, the brief explains that Florida’s “Don’t Say Gay” law will harm children from other states who are placed with families in Florida pursuant to the Interstate Compact for the Placement of Children.

As the brief explains, Florida’s “Don’t Say Gay” law also stigmatizes LGBTQ youth by prohibiting or limiting the discussion of LGBTQ people in schools.  Evidence suggests that, as with prior laws that victimize particular groups, H.B. 1557 will adversely affect the mental health of LGBTQ youth in other states, as well.  As a result, the brief contends, state agencies in other states may need to expend additional resources to address the negative effects H.B. 1557 will have on members of their own LGBTQ communities.

Man accused of punching officer in face in Sussex County 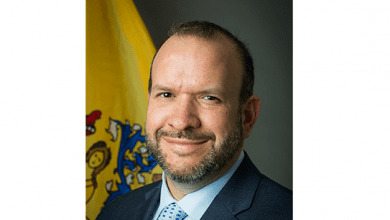 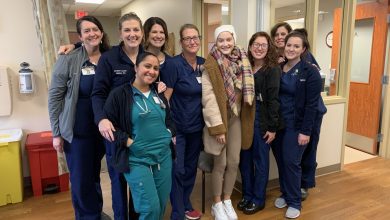