NEW JERSEY – Acting Attorney General Matthew J. Platkin Wednesday announced a directive instructing law enforcement agencies to no longer, in most instances, subject individuals encountered with municipal court bench warrants with bail amounts of $500 or less to custodial arrest. Instead, those individuals—who are already generally released after arrest—will now be given notice of a new court date and released on scene.

Attorney General Directive 2022-6 was issued Wednesday in conjunction with Directive #04-22 of the New Jersey Administrative Office of the Courts (AOC). Together, these policies seek both to avoid the ramifications of arrest for individuals on such outstanding bench warrants and to use law enforcement resources more efficiently and safely, Platkin said.

Municipal courts adjudicate traffic offenses, local ordinance violations, and disorderly persons offenses, such as shoplifting, and most result in the offender owing fines or fees. If a person fails to appear in municipal court or pay the money they owe, the court can issue a warrant for their arrest, called a bench warrant.

Though the number has decreased significantly in recent years, hundreds of thousands of municipal court bench warrants remain outstanding in New Jersey. If law enforcement encounters an individual with such a warrant, they must arrest that person, even if the underlying offense was a traffic ticket or a similarly minor offense. Not only is the possibility of arrest at any moment disruptive to a person’s life, it can also heighten the tension surrounding interactions with law enforcement, increasing the possibility of more volatile encounters. Moreover, effectuating these arrests and processing the individuals requires significant law enforcement time and resources.

Generally, those individuals will not be subject to a custodial arrest, a search, or handcuffing, and will sign a bail recognizance form releasing them on scene with a new date to appear in court, unless issuing the notice on scene poses a safety risk or probable cause that a crime has been committed or a pre-existing circumstance—independent of the warrant—justifies such action. In collaboration with the AOC, the policy is also providing law enforcement officers with a comprehensive list of all municipal court schedules across the state, in order to streamline the process of issuing updated court notices.

“This policy represents collaborative, common-sense governance that is both efficient and fair,” Platkin said. “Under these protocols, residents will no longer be subjected to unnecessary and intrusive custodial arrests for hundreds of thousands of outstanding low-level warrants—and officers across New Jersey will avoid spending time effectuating and processing such arrests that by and large do not further public safety.  I’m thankful for the partnership of Chief Justice Rabner, Judge Grant and the Administrative Office of the Courts in this initiative.”

“Giving troopers the ability to expand their discretion for low-level offense bench warrants will significantly decrease the amount of time spent on the side of the road during motor vehicle stops and pedestrian contacts. This will limit the potential for crashes and keep our troopers and the public safer during those interactions,” said Colonel Patrick J. Callahan, Superintendent of the New Jersey State Police. “By authorizing troopers to issue a bail recognizance form with a new court date, roadside interactions will move along much more efficiently.”

“The policy to no longer arrest people for low-level bench warrants recognizes the high costs of incarcerating people,” said Legal Director Jeanne LoCicero of the American Civil Liberties Union of New Jersey. “This change takes an important step in preventing unnecessary arrests and jail time, which disrupt lives, jobs, and families; this takes a disproportionate toll on communities of color. Ending arrests for bench warrants in these cases helps move us away from an overly harsh criminal legal system where a burdensome process amounts to punishment, especially for people who can’t afford fines or bail. We thank the Attorney General and the Administrative Office of the Courts for prioritizing the resolution of matters through the courts rather than through our jails.”

AOC Directive #04-22, which provides the basis for the Attorney General to issue Directive 2022-6, states that all individuals with an outstanding municipal court warrant with a bail amount set at $500 or less that are encountered by law enforcement shall be immediately released on their own recognizance, even if they are unable to post the bail required by the warrant.  The individual must provide updated contact information and receive a new court date, among other things. 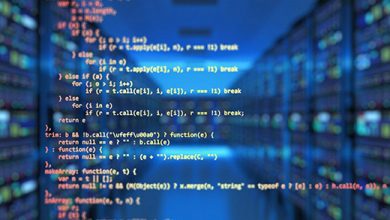 NJ Department of Labor and Workforce Development announces availability of $3.5M in grants to train apprentices in nontraditional fields 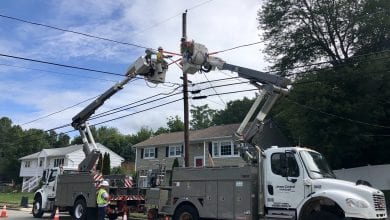