The Acting Attorney General also reinforced past guidance designed to ensure that all eligible voters can cast their ballot safely and without fear of intimidation.

Originally issued in 2020 following troubling reports of voter interference in other states, and updated in 2021 to reflect New Jersey’s historic adoption of in-person early voting, the guidance is now being updated to reflect the January 2022 enactment of legislation that imposes new limits on law enforcement officers’ activity around polling places, early voting locations, and ballot drop boxes.

“New Jersey is fully committed to protecting the right to vote in free and fair democratic elections,” Platkin said. “The role of law enforcement officers in elections is limited, but we have zero tolerance for criminal acts of voter intimidation or interference.”

The updated guidance is addressed to the state’s law enforcement chief executives and County Prosecutors, and points out that civilian election officials—not law enforcement officers—are in charge of administering elections at the county and local levels.

At the state level, the Division of Elections within the Office of the Secretary of State is entrusted with election-administration responsibilities—not the Department of Law & Public Safety or the Office of the Attorney General.

In light of the recent legislation, today’s guidance highlights five key rules designed to protect the voting process in New Jersey while avoiding polling place, early voting site, and ballot drop-box conditions that may be disconcerting or intimidating to some residents.

As with prior election guidance, today’s update reiterates that federal as well as state laws protect all members of the public from intimidation and coercion, interfering with the right to cast a vote, or tampering, mutilating, or destroying a ballot box, and that individuals engaged in voter intimidation or obstruction also may be in violation of laws that do not pertain specifically to elections. 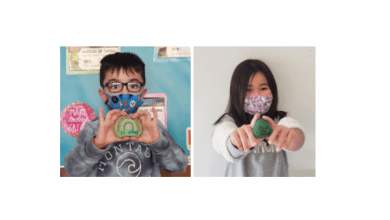