First Assistant Prosecutor Calderwood has prosecuted a significant number of high-profile cases and jury trials, including high-profile murder, aggravated manslaughter/vehicular homicide, and sexual assault cases, including State v. Anthony Novellino. She has received commendations and was honored by the Superior Court of New Jersey Morris/Sussex Vicinage and Morris/Sussex County Bar Association as part of the 2019 “Women Pioneers in the Law” Exhibit. She serves as co-chair to the Morris County Bar Association’s Criminal Practice Committee, and holds a B.A. in Criminal Justice from Moravian College and Juris Doctor from Seton Hall University School
of Law.

Chief Kimker was appointed to Acting Chief on April 1, 2019 following the retirement of the former Chief. Prior to joining the Morris County Prosecutor’s Office, he served as an Environmental Specialist in Morris County, in which he supervised the Environmental Services Unit, coordinating the County Environmental Health Act and the Morris County Hazardous Material Team. In October 2004, he was hired as a Detective and assigned to the Major Crimes and Arson/Environmental Crimes Unit. Promoted to the rank of Detective Supervisor in 2013, he
was transferred to the Major Crimes Unit a year later. Over the course of the next five years, Chief Kimker was promoted through the chain of command while working in the Major Crimes Unit and the Specialized Crimes Division, and was promoted to Captain of the Specialized Crimes Division and the Family Division in August 2018.

Throughout his career, Chief Kimker has served on the Weapons of Mass Destruction Assessment Team, was a Team Leader and member of the Crisis Negotiation Team, and the Rapid Deployment Team. He is also a certified Officer Firearms Instructor. He holds a B.A. in Political Science from Seton Hall University and M.A. in Environmental Management from Montclair State University.

A formal promotion ceremony was held on January 4, 2021.

“It has been my honor working with the men and women of the Morris County Prosecutor’s Office for the last 13 years, and I wish Acting Prosecutor Carroll, incoming First Assistant Prosecutor Calderwood, and Chief Kimker much success,” Zelante said.

Acting Prosecutor Carroll expressed his appreciation for the years of service by Thomas Zelante. He and the Morris County Prosecutor’s Office wishes him well in his retirement and any other future endeavors.

Acting Prosecutor Carroll also said that making these important promotions of CAP Calderwood and Acting Chief Kimker from within the Prosecutor’s Office staff demonstrates our confidence in these two talented and dedicated law enforcement professionals, who have served Morris County for decades. Carroll went on to note that both professionals possess the integrity, commitment and skills necessary to help guide law enforcement in these most challenging and evolutionary times, and will play key leadership roles in the future of the Morris County Prosecutor’s Office. 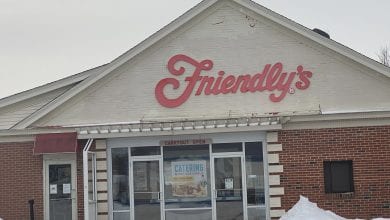