“Although law enforcement and medical professionals are on the frontlines of the battle against COVID-19, we are ultimately winning the war because of the extraordinary resolve and fortitude of New Jersey citizens who are doing their part day in and day out, abiding by the executive orders and sacrificing for the greater good,” Callahan said.“Those who choose to ignore the law and selfishly place others at risk will face swift law enforcement action.”

Violations of Executive Orders, Including “Stay at Home” Order, and Ordinances:

The Division has logged a total of 5,161 complaints against 2,656 business locations related to the COVID-19 emergency.Nearly 83 percent of the complaints allege unlawful price hikes on essential items like food, bottled water, cleaning products, and personal protective equipment such as masks, disinfectants, and sanitizers.

In addition to price gouging, the Division is looking into complaints from consumers alleging unlawful refund practices as a result of closures related to the public health emergency. To date, the Division’s overall complaints include 413 reports of health clubs, hotels, ticket agents and other businesses allegedly refusing to issue refunds after they closed or suspended services as a result of the
COVID-19 pandemic.

Price-gouging and other consumer fraud violations are punishable by civil penalties of up to $10,000 for the first violation and $20,000 for the second and subsequent violations.Violators may also be required to pay consumer restitution, attorney’s fees, and investigative fees, and will be subject to injunctive action.Each sale of merchandise is considered a separate violation.

Consumers who suspect consumer fraud, violations, or believe that businesses have unfairly increased their prices in response to COVID-19, are encouraged to file complaints online to report specific details investigators can follow up on.Photographs of items being sold, receipts and pricing can now be uploaded to our new price gouging complaint form.

Under executive orders issued by Governor Murphy, businesses licensed to sell alcohol in the state are permitted to remain open during the COVID-19 state-of-emergency, but only for take-out or delivery services of food and alcohol.No table or bar service is permitted, and on-premises consumption of food or alcohol is prohibited.Workers and customers are required to wear masks on the premises.

ABC is seeking 10-day license suspensions against the following establishments for allowing patrons and/or employees to eat and/or drink on licensed premises:

Violation of the emergency orders is a disorderly persons offense carrying a sentence of up to six months in jail and a fine of up to $1,000.Such violations are charged by summons, without arrest.

Since the state of emergency was declared in New Jersey on March 9, at least 39 people have been charged with second-degree terroristic threats during an emergency for spitting, coughing, or otherwise threatening to deliberately expose officers, medical personnel, or others to COVID-19.  Second-degree offenses carry a sentence of five to 10 years in state prison and a fine of up to $150,000. 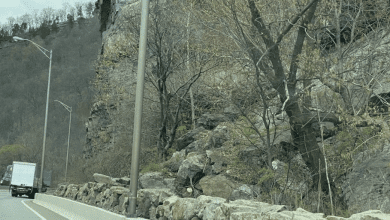 NJ allows the reopening of computer labs at colleges and universities

Hackettstown schools grades 8 to 12 will remain virtual, Pre-K to 7 will go back to in-person on Dec. 14