Other Violations of Executive Orders, Including “Stay at Home” Order:

The people who were charged strictly with violating the emergency orders and who do not face more serious charges were charged by summons— they were not arrested. Those cases will be adjudicated in municipal court.

Grewal announced on April 1 enhanced charges against six people who were charged with assaulting law enforcement officers and violating the emergency orders. Specifically, those enhanced charges included making terroristic threats during a state of emergency, which is a second degree offense carrying a sentence of five to 10 years in prison and a fine of up to $150,000. Fifteen additional defendants, including Robert Schaub, have been similarly charged since that time for alleged assaults and threats against police officers, emergency medical technicians, or others.

If you are seeing a lack of compliance with the Governor’s emergency orders in your town, please contact your local police department or report here covid19.nj.gov/violation.To report bias crimes call 1-800-277-BIAS. 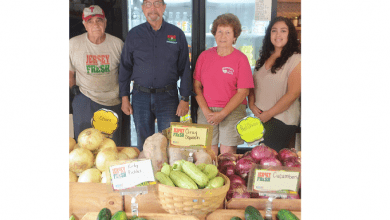