NEW JERSEY –Attorney General Gurbir Grewal Wednesday announced arrests of 21 individuals who are charged with sexually exploiting children online. The 19 men, one woman, and one juvenile male were arrested in “Operation Screen Capture,” a collaborative operation launched in response to a dramatic increase in reports of potential threats to children from online predators during the COVID pandemic.

Cyber tips to the New Jersey Regional Internet Crimes Against Children (ICAC) Task Force about potential threats to children online – including tips from the National Center for Missing and Exploited Children (NCMEC) – have increased up to 50 percent in New Jersey since the COVID emergency began in March, compared to the same time frame last year. Many cases in this operation stemmed from cyber tips from NCMEC, but others involved undercover chat investigations where perpetrators were attempting to meet children or other individuals online in order to sexually assault children.

The arrests, made between March 18 and July 31, 2020 include the following cases:

“Reports to our Internet Crimes Against Children Task Force of potential predatory conduct against children are up as much as 50 percent during the COVID emergency as homebound children, starved for outside contact, spend more time on their devices, and opportunistic sexual predators target them online,” Grewal said. “We urge parents to be vigilant about the online activities of their children and warn children that the strangers they meet on popular social media sites, apps and gaming platforms may be out to harm them. We will continue to work overtime to arrest child predators and those who participate in the cruel exploitation of children by sharing child sexual abuse materials.”

In past cases, the ICAC Task Force has arrested child predators who used the following chat apps: Kik, Skout, Grindr, Whisper, Omegle, Tinder, Chat Avenue, Chat Roulette, Wishbone, Live.ly, Musical.ly, Paltalk, Yubo, Hot or Not, Down, and Tumblr.Arrests also have been made involving the gaming apps Fortnite, Minecraft, and Discord.Attorney General Grewal urged parents to familiarize themselves with these and other apps and warn their children about sharing information with strangers.

“As children return to virtual learning this fall, they will be spending even more time online, in many cases without any in-person teacher supervision or peer contact,” Grewal said. “This may make them even more vulnerable. We want parents to be aware of the dangers— and, as we highlighted in a recent virtual town hall with the State Police and Department of Children and Families, we want everyone to know that there are resources to help children who are struggling with social isolation or who may be victims of trauma or abuse.”

“Operation Screen Capture is a great example of how law enforcement in New Jersey works together seamlessly through the ICAC Task Force to confront the threat of online predators, raise awareness among parents, and protect our children,” Director Veronica Allende of the Division of Criminal Justice said. “Whether we are running down tips from NCMEC or conducting undercover chats, we use our cyber expertise each day to apprehend those who use the internet to harm, abuse, and exploit children.”

“Our children are at an increased risk to fall victim to opportunistic online predators during this pandemic, as students have no choice but to turn to their devices to connect with friends and family and in many cases to prepare for remote learning,” said Colonel Patrick J. Callahan, Superintendent of the New Jersey State Police. “The State Police will continue to work with our law enforcement partners, and we will be unrelenting in our efforts to keep our children safe, but we cannot do it alone. We urge all parents and guardians to have conversations with your children about the dangers that exist on the internet and to closely monitor their online activity.”

“The internet has been instrumental in allowing our children to continue their educations remotely during this pandemic.However, it has also been used by the very worst among us to exploit them as well,” said Jason Molina, Special Agent in Charge, Homeland Security Investigations, Newark. “These various cases, which involve both teenagers and very young children, show the level of depravity of these predators.Some pursue physical contact initiated via online introductions, in some cases even crossing state lines, while others exclusively pursue these innocents online. In either case, the psychological damage to children is long lasting.In the face of that, only a very united effort of local, state, and federal law enforcement officials, along with the hypervigilant efforts of parents to monitor their children’s online activity, can be effective to stop them and bring them to justice.”

“The Sussex County Prosecutor’s Office was a proud participant in Operation Screen Capture,” said Sussex County Prosecutor Francis A. Koch. “This statewide operation demonstrates the dedicated collaboration of all law enforcement agencies in New Jersey to proactively protect all children. As important as today’s announcement of the arrests of these defendants is, the message to parents and children to be even more vigilant and guarded while online is equally important. Today, children are required to have an increased online presence that subjects them to predators looking to take advantage of them. We therefore ask all parents and guardians to take an even greater role in their children’s online activities. We in law enforcement pledge to continue to commit ourselves to do all we can to help protect all children and to root out the despicable predators preying on them.”

Craiger, Berry, and Tejada are being prosecuted by the Division of Criminal Justice.They were ordered detained in jail pending trial.The Division of Criminal Justice is also prosecuting six defendants charged with possessing and/or distributing child sexual abuse materials.The 12 other defendants are being prosecuted by the nine county prosecutors’ offices.

The 21 defendants arrested in “Operation Screen Capture” were charged as follows: 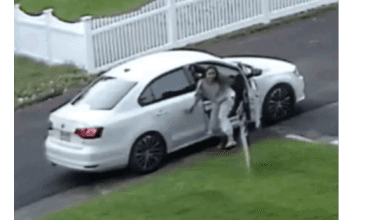 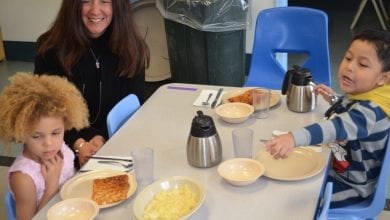