Filed in U.S. District Court for the Northern District of California, the multi-state complaint alleges that Google failed to keep its promise to maintain Android as an “open source” operating system, and instead unlawfully maintains a monopoly for its own Google Play Store in the market for distributing Android-compatible mobile apps. The complaint also alleges that Google has used illegal tying arrangements to unlawfully maintain a monopoly in the market for Android in-app payment processing for digital products.

This is the second antitrust lawsuit against Google that New Jersey has filed over the last year.

“As I’ve said before, big tech companies like Google have incredible power over our daily lives,” Grewal said. “How they acquire and exert their power and influence over our behaviors must be scrutinized. Today’s lawsuit sends the message that no company is too powerful to avoid real accountability.”

In addition, the complaint asserts causes of action specific to each of the participating states, including allegations by New Jersey that Google’s conduct violates the State’s own Antitrust Act by “unreasonably restraining trade and commerce.” New Jersey also alleges that “deceptive and misleading” business conduct by Google outlined in the complaint violates the State’s Consumer Fraud Act.

Among other claims, today’s lawsuit alleges that Google has used, and continues to use, a series of technological barriers and pretextual warnings to discourage or prevent device users from sideloading (i.e., directly downloading) Android apps and app stores onto their Android devices. For example, the complaint alleges Google purposefully misled would-be direct download consumers with pop-up warnings that falsely described highly popular apps from well-known developers as an “unknown app.”

According to the complaint, such a warning gives users the false or misleading impression that apps and app stores downloaded from any source other than the Google Play Store may be harmful.

“Google displays these misleading warnings in order to ensure that users exclusively use the Play Store to download apps, and thus keep users within Google’s walled garden,” the complaint asserts.

At the outset of its 2005 acquisition of the Android operating system, Google offered Android to essentially all non-Apple mobile device makers for free.

Subsequently, Google marketed Android to app developers and device manufacturers for several years with a promise that it would maintain Android as an “open source” operating system – one that would allow app developers to create compatible apps and distribute them without unnecessary restrictions.

But according to today’s complaint, Google abandoned that promise. Instead, the complaint alleges, Google took steps “to close the ecosystem from competition and insert itself as the middleman between app developers and consumers.”

According to the complaint, Google also requires app developers that offer their apps through the Google Play Store to use Google Billing as a middleman for in-app purchases of digital content.

This arrangement, which ties a payment processing system to an app distribution channel, forces app consumers to pay Google’s commission of up to 30 percent.

The lawsuit contends that Google’s commission is exorbitant, and significantly higher than the commission consumers would pay if they had the ability to choose one of Google’s competitors instead.

This lawsuit is the second joined by Attorney General Grewal against Google alleging illegal, anticompetitive, and unfair business practices.

On December 17, 2020, Attorney General Grewal joined a coalition of Attorneys General in suing Google for allegedly violating federal antitrust laws by using anticompetitive tactics to maintain its monopoly power in the markets for general search engines and related advertising.  That litigation remains pending. 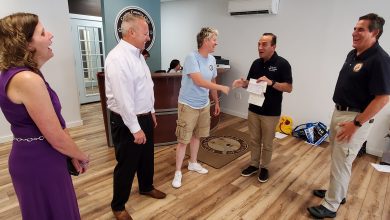 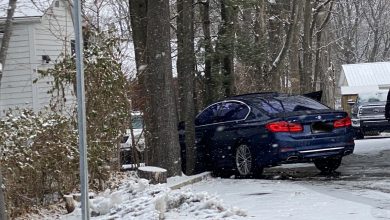