NEW JERSEY – Citing serious concerns about the safety and wellbeing of New Jersey’s children, and the harm social media poses to young people, Attorney General Gurbir S. Grewal Monday joined a coalition of 44 Attorneys General in calling on Facebook to abandon plans to launch a version of its “Instagram” social media platform for kids under the age of 13.

In a letter to Facebook’s Chief Executive Officer Mark Zuckerberg, the bipartisan coalition contends that social media can be detrimental to children for many reasons and that Facebook has historically failed to protect the welfare of children on its platforms.

Facebook announced its plans to create an app that would replicate the popular Instagram video-and-photo sharing experience for children earlier this year.

“Many experts have concluded that social media can be harmful in the hands of children and adolescents – particularly apps like Instagram, which focus on individuals’ appearance and self-presentation,” Grewal said. “We also know from experience that sexual predators and others looking to engage in criminal activity trawl for victims on social media. Children are simply not equipped to navigate the dark side of the social media landscape, which on its surface can seem very appealing.”

The nation’s Attorneys General “have an interest in protecting our youngest citizens, and Facebook’s plans to create a platform where kids under the age of 13 are encouraged to share content online is contrary to that interest,” the coalition’s letter advises Zuckerberg.

Among other things, the letter points to research demonstrating that social media can be harmful to the physical, emotional and mental well-being of children, and that some studies have tracked a nexus between increased use of social media and “mental distress, self-injurious behavior and suicidality among youth.”

In addition, the letter cites the following issues: there are rapidly-intensifying concerns about cyberbullying on Instagram; child and sexual predators use the platform to target children; and children are too young to navigate the complexities of what they may encounter online, including inappropriate content and relationships with strangers.

There is also a risk that predators may exploit children online and cloak their identities using the anonymity of the Internet. According to the letter, one report found an increase of 200 percent in recorded instances in the use of Instagram to target and abuse children over a six-month period in 2018. In 2020 alone, Facebook and Instagram reported 20 million child sexual abuse images.

Cyberbullying is also a major concern, the letter contends. A 2017 survey found that 42 percent of young Instagram users had experienced cyberbullying on the platform, the highest percentage of any platform measured.

At a Congressional hearing in March, Zuckerberg dismissed the idea that social media is harmful to children despite the body of data and research that suggests otherwise.

The Attorneys General also cast doubt on Facebook’s ability to protect children on their proposed new Instagram platform and comply with relevant privacy laws, such as the Children’s Online Privacy Protection Act (COPPA).

The letter points out that Facebook has a record of not safeguarding children, as evidenced by the fact Facebook’s Messenger Kids app contained a glitch that allowed children to circumvent restrictions and join group chats with strangers. 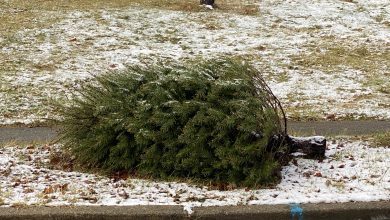