Previously, almost six years ago, the Attorney General’s Office provided an initial set of guidelines, under Directive 2015-1, for the implementation of BWC programs across New Jersey. Since that time, law enforcement agencies, county prosecutors, and the Attorney General’s Office have learned valuable lessons on the best practices to be implemented in order to utilize BWCs to build community trust, respect citizen privacy, and maximize the effectiveness of these important tools to promote public safety.

In November 2020 the Legislature codified many of the provisions of Directive 2015-1, while mandating the use of BWCs by all “uniformed patrol officers” effective June 1, 2021, as well as other BWC-related provisions.

The Body Worn Camera Policy (the “Policy”) issued Tuesday incorporates the legislative command that all “uniformed patrol officers” be equipped with BWCs and expands upon it, directing that a broad range of law enforcement officers engaged in additional functions also be equipped with BWCs.

For example, officers assigned to tactical teams, proactive enforcement teams, canine units, or duties that include regular interaction with the public will generally be required to be equipped with BWCs. Officers engaged in undercover assignments, administrative duties or working with confidential informants are among those not required to be equipped with BWCs. Public trust and the transparency of law enforcement activities will be strengthened by recording a wider range of police-citizen encounters, particularly those with a greater likelihood to result in a use-of-force or internal affairs complaint.

In addition to expanding the categories of officers required to be equipped with BWCs, the policy continues a number of provisions from prior Directive 2015-1 that have proven to be best practices, such as the broad requirement that BWCs be activated in almost all police-citizen encounters and supervisory review of BWC recordings to improve officer performance. The policy includes a number of new rules, including a requirement that officers, whenever safe and feasible, notify citizens when they are being recorded by a BWC; deactivate a BWC upon the request of a crime victim; and refrain from recording to gather intelligence information based on First Amendment protected speech, associations or religion.

The policy prohibits law enforcement officers from reviewing BWC recordings prior to preparing initial police reports in most cases; incorporates longer retention periods for BWC recordings; provides additional opportunities for the subjects of BWC recordings to review the evidence; and provides for disciplinary action against those who violate the Policy.

The Body Worn Camera Policy is the latest provision of New Jersey’s Excellence in Policing program, designed to continue the process of building public trust by promoting professionalism, enhancing transparency, and ensuring accountability across the law enforcement profession. 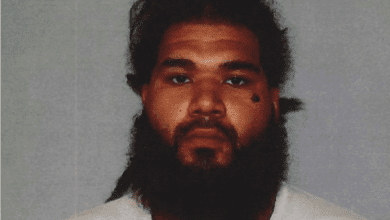 Man injured after falling from roof in Netcong