Over the past two decades, New Jersey has emerged as a national leader in juvenile justice reform. Since 2003, the year before New Jersey implemented a groundbreaking program known as the Juvenile Detention Alternatives Initiative (JDAI), the total number of juveniles in detention per year has dropped by 80 percent, from about 12,000 to less than 2,500, with youth of color accounting for almost 90 percent of the decline, Grewal said.

Further, youth who are placed in detention alternative programs in lieu of detention receive supervision and support in their communities while awaiting the outcome of their case in court. These reforms have not only reduced the number of juveniles sent to secure detention, but resulted in deep and dramatic systemic changes. The decline in numbers has allowed multiple detention centers to merge their operations and share services. At the start of JDAI, there were 17 county-operated detention centers in New Jersey; today there are seven. The reduction in the number of juveniles in pretrial detention has also led to a reduction in the number of juveniles committed to state custody at sentencing. Directive 2020-12 is intended to build upon these successes and push forward the next phase of New Jersey’s Juvenile Justice Reform efforts, Grewal said.

“From day one, our administration has been deeply committed to transforming New Jersey’s juvenile justice system to prioritize compassionate, rehabilitative support that provides our youth with the chance to build a better future for themselves,” said Governor Phil Murphy. “I commend Attorney General Grewal for his leadership in spearheading this progressive reform that further strengthens New Jersey’s ongoing efforts to eliminate longstanding disparities that have prevented young people in Black and Brown communities from reaching their full potential.”

“While New Jersey has done incredible groundbreaking work and is a national leader in juvenile justice reform, there is always room for improvement,” Grewal said. “This directive helps us take another step towards rehabilitating young people by diverting them away from formal court proceedings to community, family, and school support systems, while also improving outcomes for those who do enter the juvenile justice system.  If we can turn a youth away from the juvenile justice system, we know they stand a much better chance of turning their life toward success in the long run.”

“While detention may be necessary for those who engage in violent criminal activity, when we can take a low-level juvenile offender and turn them away from the criminal justice system toward a better path in life, that will always be our goal,” said Colonel Patrick J. Callahan, Superintendent of the New Jersey State Police.  “The direction and guidance in this Directive reflects the wisdom that we have gained over the past two decades of juvenile justice reform in New Jersey.  What we have learned is that when we can safely divert a juvenile in a manner that substitutes the support of family and the community for time in juvenile detention, everyone benefits, especially that young person.”

“This Directive is an important next step in our ongoing reform efforts designed to divert youth away from the formal juvenile justice system in favor of community-based supports and services,” said Jennifer LeBaron, Ph.D., Acting Executive Director of the Juvenile Justice Commission. “These latest reforms will allow law enforcement to better engage with youth involved in low-level delinquent behavior and to redirect that behavior in constructive ways that offer the most promise for successful outcomes.”

The directive outlines five mechanisms available to police officers and prosecutors to divert youths from the juvenile justice system and limit the likelihood of unnecessary detention:

When considering when and how to use these five mechanisms, officers and prosecutors are directed to start with the presumption that juveniles should be diverted out of the juvenile justice system whenever possible, so long as the diversion will promote accountability, advance the juvenile’s rehabilitation, and not present safety risks.

To ensure their equitable and consistent use across New Jersey, Attorney General Grewal also mandated data collection on curbside warnings and improved data collection on stationhouse adjustments, and has set forth requirements in Directive 2020-12 for the reporting of that information to the Attorney General’s Office. In an ongoing effort to increase transparency and build community trust, that data, once collected, will be made public by the Division of Criminal Justice.

Directive 2020-12 also outlines new procedures to be used by law enforcement starting in January when the Administrative Office of the Courts (AOC) expands its statewide electronic complaint system – the Electronic Court Disposition Reporting, or eCDR system – to include juvenile cases. The launch of “juvenile eCDR” will allow law enforcement and the courts to transition away from paper files and towards a system that is seamlessly integrated with court records. Directive 2020-12 outlines new procedures to be used by law enforcement when generating juvenile eCDR complaints and the decision-making framework to be used in making summons-versus-warrant and detention decisions. This framework models the Criminal Justice Reform process in an effort to promote uniformity in charging decisions statewide. The new system will promote efficiency and also make it easier to compile and analyze data about how juveniles are treated when engaged in the juvenile justice system. 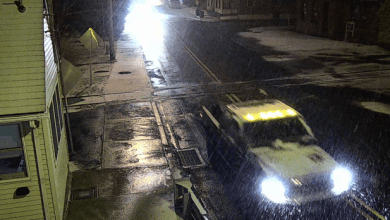