NEW JERSEY – Attorney General Gurbir S. Grewal Tuesday announced the launch of the “beta version” of an online dashboard that catalogues the use of force by New Jersey’s 38,000 law enforcement officers. Members of the public are invited to test and provide feedback on the dashboard, which allows users to review details of any incident where a state, county, or local law enforcement officer uses force against a civilian.

The dashboard is accessible at njoag.gov/force.

Under current policy, all law enforcement officers in New Jersey are required to submit detailed information about every use of force they perform or witness within 24 hours of the incident. Over the past two years, the Attorney General’s Office has partnered with Benchmark Analytics to build a centralized system to collect this data electronically. Starting in October 2020, all of New Jersey’s 500-plus law enforcement agencies began submitting data through the new system.

The beta version of the dashboard launched today allows members of the public, researchers, and reporters to view data that has been collected since statewide electronic collection began in October 2020. The dashboard, which was built in conjunction with SAS Visual Analytics, allows users to review details about each incident, including the name of the officer; the age, race, and gender of the person against whom force was used; whether injuries were sustained and if so, what type; the circumstances that led to the use of force; and the type of force used. The data can be sorted by state, county or individual police department or agency. Taken together, these details provide the most comprehensive statewide data on police use of force anywhere in the country.

In addition, the Attorney General’s Office is making available the raw data underlying the dashboard to the public for download on the beta version of the dashboard. The data—which contains information about all use-of-force incidents since October 2020—will be regularly updated as law enforcement agencies submit reports about incidents in the future.

Visitors to the dashboard are encouraged to submit feedback about the site’s usability and accessibility. The Attorney General’s Office is working with the New Jersey Office of Innovation to solicit public input and incorporate those suggestions on an iterative basis, with the goal of launching an updated version of the dashboard later this spring. Users of the beta version are encouraged to complete a short survey at https://innovatenj.jotform.com/210885101519048.

“We are committed to making New Jersey a national leader on policing reform, and our Use of Force Dashboard is a central piece of that effort,” said Attorney General Grewal. “That’s why we’re so eager to get public feedback. We recognize that true accountability is impossible without transparency, and we want to learn how we can make our Use of Force Dashboard as transparent and accessible as possible.”

“To earn the public’s trust, we must seek the public’s input,” said Thomas Eicher, Director of the Attorney General’s Office of Public Integrity & Accountability, which is overseeing the development of the dashboard. “Last year, before revising the state’s Use of Force Policy, we received more than a thousand public comments, and our work was improved enormously by the public’s input. We hope to engage the public in a similar fashion regarding our new Use of Force Dashboard.”

The launch of the dashboard is the latest in a set of sweeping reforms implemented by Attorney General Grewal to strengthen trust in law enforcement. Most notably, in December 2020, Attorney General Grewal overhauled the state’s “Use of Force Policy,” placing new limits on the use of force and mandating de-escalation training for all 38,000 law enforcement officers in the state. In developing the new policy, the Attorney General’s Office sought significant public input, hosting community listening sessions in all 21 counties and creating a website to receive public suggestions.

To learn more about other recent policing reforms in New Jersey, click here. 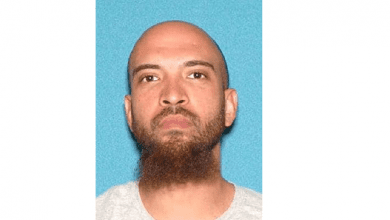 Man who set ex-girlfriend’s NJ home on fire, texted photos of it to friends sentenced to 14 years in prison 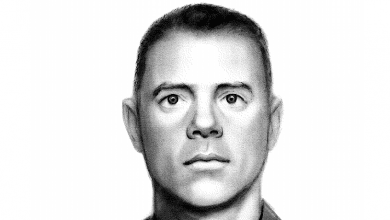