The Daniel Anderl Judicial Security Act is named for 20-year-old Daniel Anderl, the late son of Judge Esther Salas of the U.S. District Court for the District of New Jersey. Daniel was murdered on July 19, 2020, when an attorney who had appeared in a case before Judge Salas – a man described in today’s letter as “deranged” – appeared at her home and shot both Daniel and Judge Salas’ husband. The judge’s husband was critically wounded but survived the attack.

Co-led by Attorney General Grewal and Arizona Attorney General Mark Brnovich, today’s letter calls passage of legislation to protect federal judges and their families an “urgent” matter in light of Daniel’s tragic death, as well as increasing attacks and threats against members of the federal judiciary. The bipartisan bill would protect the confidentiality of personal identifying information of members of the federal judiciary in public records, and limit the distribution of that information online and by data brokers.  In November, Governor Phil Murphy signed into law a similar bill that protects the personal information of judges, prosecutors, and law enforcement officers.

“In this day and age, public officials are receiving more threats than ever before,” said Governor Phil Murphy. “Unfortunately, as we saw earlier this year, these threats can turn into real-life tragedies. Judges must be able to do their jobs while knowing that they and their loved ones are safe. What happened to Judge Salas and her family must never happen again in our country. I am proud to support Attorney General Grewal’s coalition to pass a federal version of Daniel’s Law.”

“Now more than ever, we need to protect public servants from threats and violence targeted at them simply for doing their jobs,” Grewal said. “Nobody should suffer that kind of abuse, let alone the kind of pain inflicted on Judge Salas and her family. I hope that the federal government will join New Jersey in taking action to ensure that members of the judiciary can perform their constitutional duties without fear.”

“In light of increasing threats against public servants, we cannot delay the passage of this important legislation,” said Representative Sherrill. “No family should experience the pain that Judge Salas and her husband have endured. Our bipartisan legislation led by Senator Menendez provides the United States Marshals Service, the Administrative Office of the U.S. Courts, and state and local governments with tools to help members of law enforcement do their job and keep our federal judges safe.”

“With hate crimes and acts of violence increasing both in New Jersey and across our country, I’m committed to doing everything I can to protect our communities from these threats,” said New Jersey Representative Josh Gottheimer. “That includes protecting the private contact information and home addresses of our judiciary, prosecutors, and members of law enforcement from those who wish to do them harm.”

“If we ask judges to accept risks to their security, we owe them every possible effort to protect their privacy,” said New Jersey Representative Tom Malinowski.  “The Daniel Anderl Judicial Security Act will help ensure that no family ever has to experience the pain that Judge Esther Salas and her husband Mark have.”

The letter notes that incidents, inappropriate communications and threats against federal judges and others protected by the U.S. Marshals Service have been steadily climbing in recent years, as evidenced by a spike in such incidents from 2,357 in 2016 to 4,449 in 2019.

“Increasingly, public servants are being threatened with physical violence and death simply for carrying out their duties in accordance with the Oath they swore to uphold the Constitution,” the letter states.

Introduced in the Senate on September 24, 2020, and in the House on October 13, 2020, the Daniel Anderl Judicial Security and Privacy Act would, among other initiatives:

In light of the escalating danger to federal judges and their families everywhere, today’s letter expresses full support for the proposed legislation named in Daniel Anderl’s memory, and notes that the Judicial Conference of the United States and the American Bar Association, among others, support such legislation.

The letter concludes by noting that, while New Jersey and other states have enacted similar judicial protection laws on a state level, only federal legislation can “protect federal judges and their families wherever they reside and ensure uniform enforcement nationwide.”

Driver charged with DUI after crashing into tree in Independence Township 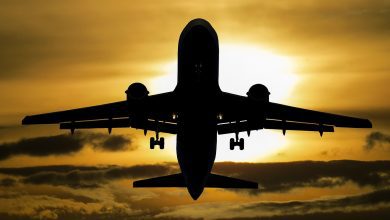 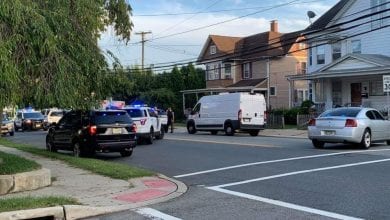