NEW JERSEY – Attorney General Gurbir S. Grewal Monday announced a comprehensive package of policies designed to limit the use of force by New Jersey’s 38,000 state, county, and local law enforcement officers. The sweeping changes include the first revision to the Attorney General’s “Use of Force Policy” in two decades and reaffirm New Jersey’s status as a national leader in progressive policing reform.

The policies, issued pursuant to the Attorney General’s statutory authority as the state’s chief law enforcement officer, reflect a new statewide framework for police interactions with civilians— the first of its kind in the United States and one which calls upon law enforcement to protect the life, liberty and dignity of residents in every interaction. At the heart of the new framework is the revised Use of Force Policy, which among other things:

In addition, today’s announcement includes several significant policies designed to ensure compliance with the revised Use of Force Policy and help New Jersey’s law enforcement officers incorporate its principles into their daily work. These policies issued today by Attorney General Grewal provide that:

The revised Use of Force Policy marks the culmination of a project that Attorney General Grewal announced in June 2020. Its development included dozens of community listening sessions across the state, including at least one in each county, and a review of over a thousand public comments. The Attorney General’s Office of Public Integrity & Accountability (OPIA) oversaw the drafting process, in close consultation with law enforcement leaders, civil rights and religious organizations, and community stakeholders, many of whom provided statements of support for the final policy documents. (Statements of public support appear at the end of this release.)

“Today is another major step toward addressing the gap in trust between law enforcement and the communities they serve — drawing on the best practices of police departments across the nation and the urgent priorities of reform advocates to implement a uniform use of force policy for every officer in New Jersey,” Governor Phil Murphy said. “I commend Attorney General Grewal for his leadership during this transformational moment by delivering this first of its kind policy to ensure law enforcement is held to the highest professional standards, particularly for Black and Brown communities who have suffered far too many incidents of improper and excessive force. Through this comprehensive policy, we are again putting New Jersey at the forefront of the national movement for justice.”

“We are committed to making New Jersey a national leader in policing reform, and today’s actions deliver on that promise,” Grewal said. “We are building on the important work already underway in the state’s best police departments and establishing a new standard of excellence across the Garden State. But today’s changes are about more than just reducing unnecessary use of force by law enforcement. We are also restoring the public’s trust in the work we do—which, in the long run, makes law enforcement more effective and everyone safer.”

“After hosting dozens of listening sessions and reviewing hundreds of public comments, we revised the Use of Force Policy to reflect the needs and concerns of the people we serve,” OPIA Director Thomas Eicher said. “But it’s not enough to simply issue a progressive new policy. We are committed to re-training every officer in the state and ensuring that they incorporate this model into their work.”

“The preeminent duty of a law enforcement officer is the preservation of life above all else, and that core principle is the foundation of this new policy. This initiative employs training that promotes mutual respect between police officers and the public, requires the use of deadly force only as a last resort, and was designed to hold New Jersey law enforcement to the highest professional standards in all aspects of policing,” said Colonel Patrick J. Callahan, Superintendent of the New Jersey State Police. “Programs like the Excellence in Policing Initiative, which builds trust between the police and the community through partnership, accountability and transparency, are why New Jersey continues to have the most innovative and professional law enforcement community in the nation.”

Attorney General Grewal also took several other steps today to improve public and law enforcement safety. To help police better handle situations involving individuals in mental health crisis, he issued a statewide directive establishing a framework for county prosecutors to convene (or in some cases continue) working groups to address police interactions with special needs populations and those living with mental or behavioral health issues.  The County Working Groups will review policies, programs and protocols to maximize the effectiveness of each county’s response to those with disabilities or those in mental health crisis.

In addition, Attorney General Grewal imposed several restrictions on the use of police dogs, prohibiting their use against crowds or protesters, or against those who are resisting arrest but do not pose a threat to another person. Attorney General Grewal directed OPIA to work with law enforcement and other stakeholders to study whether any additional restrictions should be placed on the use of police dogs, and make recommendations no later than March 31, 2021.

Attorney General Grewal also announced today that the Attorney General’s Office will be hiring a first-ever Chief Data Officer to oversee the compilation, interpretation, and use of the extensive law enforcement data that is collected by the Department of Law & Public Safety. The Chief Data Officer will ensure that the state makes the best use of the various law enforcement data streams it collects to inform and assess its ongoing policing reform efforts and to ensure public transparency.

Today’s actions mark the latest phase of Attorney General Grewal’s “Excellence in Policing” initiative, which he launched in December 2019 to promote the professionalism, accountability, and transparency that have always marked New Jersey’s best law enforcement agencies. As part of this effort, Attorney General Grewal has invoked his authority under the Criminal Justice Act of 1970 to issue “law enforcement directives” that are binding on all state, county, and local law enforcement officers and prosecutors in New Jersey.

The revised Use of Force Policy – formally implemented via Law Enforcement Directive No. 2020-13 – follows a number of other significant policies designed to make New Jersey a national leader in policing reform: 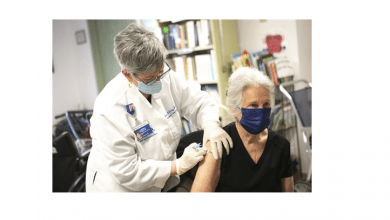