TRENTON, NJ—Attorney General Gurbir S. Grewal Wednesday reiterated his message that law enforcement agencies across New Jersey are strictly enforcing  the Governor’s Executive Orders during the COVID-19 pandemic, and those who refuse to comply will face criminal charges.

Grewal cited three recent examples where police charged individuals for holding prohibited gatherings, including a house party in Penns Grove and two large gatherings yesterday in Lakewood, one of which was a wedding reception.

“Our first responders should not be expending their limited PPE and putting themselves at risk by breaking up large gatherings like they did twice yesterday in Lakewood and over the weekend in Salem County,” Grewal said. “That’s why we’ve charged these three individuals and will charge anyone else who threatens public health by holding large gatherings during this emergency. Our message is clear: stay home!”

Late Saturday night, police responded to a noise complaint on Lanning Avenue in Penns Grove, where more than 30 people were attending a house party.  Penns Grove Police officers broke up the party and charged the man who was hosting the party Jacquon Jones, 37, with a disorderly persons offense for violating Governor Murphy’s order prohibiting large gatherings.  Party guests were making videos of the party to post on YouTube, Grewal said.

In Lakewood, police responded at approximately 2:30 p.m. yesterday to a large group of people gathered at a tent for a wedding reception outside a home. As police units responded to disperse the gathering, the homeowner continued the wedding ceremony.  Lakewood Police issued a summons to the homeowner, Meir T. Gruskin, 37, charging him with a disorderly persons offense for violating the emergency order. After the summons was issued, the ceremony ended and the crowd dispersed, Grewal said.

The second incident in Lakewood, took place at a school located on Main Street. Police responded at approximately 5:52 p.m. yesterday, where they discovered a gathering of approximately 25 teenage and adult males. Upon conclusion of the gathering, officers advised the school’s headmaster, Abraham Bursztyn, 48, that he was violating the emergency order and issued him a summons, charging him with maintaining a nuisance, a disorderly persons offense, Grewal said.

Mars Wrigley takes the decision out of ‘sweet or salty’ with new innovation, Twix salted caramel 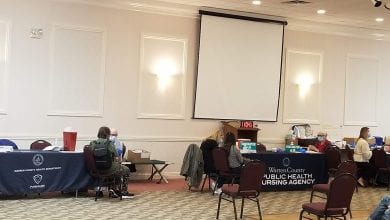