The U.S. Department of Justice informed the court earlier this week that it wished to drop its own appeal of a 2020 federal court decision in favor of a coalition of Attorneys General, including Attorney General Grewal, striking down the policy. The challenged rule, which was issued by the United States Department of Agriculture (USDA) in November 2019, would have limited States’ ability to extend SNAP benefits beyond a three-month period for certain adults.

Generally, non-disabled individuals without dependents must meet work requirements in order to receive more than three months of SNAP benefits in any 36-month period. But the federal government historically has allowed States to continue SNAP benefits beyond the usual time limits for individuals in areas of high unemployment, because those individuals often find it more difficult to meet the work requirements. The challenged rule would have restricted States’ ability to provide such extensions.

“This is an important victory on behalf of families in need here in New Jersey and all across the country,” Grewal said. “As we all recognize, the COVID pandemic and other factors have resulted in tough times for many, and this unlawful rule that would have taken away SNAP benefits from hungry people needed to be stopped. We’re thankful that the Biden Administration has decided to stop defending the last administration’s policy, and heartened that food insecurity will not be visited upon many families who are already struggling.”

“We applaud the Biden Administration for moving to end this potential change in the SNAP program that would have hurt so many New Jerseyans by putting critical SNAP benefits at risk,” Human Services Acting Commissioner Sarah Adelman said. “We are pleased to hear that New Jersey will be able to continue to use the flexibility needed to ensure individuals without dependents facing challenging economic hardships have access to food assistance beyond any time limits. This is a big win, and I thank everyone who fought against this change to protect SNAP benefits.”

SNAP has served as the country’s primary response to hunger since it was first authorized in 1977, and is a critical part of federal and state efforts to help lift Americans out of poverty. The program provides access to nutrition for millions of Americans with limited incomes who would otherwise struggle with food insecurity.

While the federal government pays the full cost of SNAP benefits, it splits the costs of administering the program with the States, which operate the program.

In its 1996 federal welfare reform law, Congress first passed the work requirements and three-month limit on benefits for unemployed, able-bodied adults without dependents (ABAWDs). But the law granted States the ability to request waivers to the work requirements and three-month limit if the State — or part of the State — is experiencing an unemployment rate above 10 percent, or does not have enough jobs for the SNAP recipients who reside there.

In the challenged rule, the U.S. Department of Agriculture sought to impose new limits on States’ ability to obtain waivers, even though Congress has repeatedly rejected such limits, most recently in 2018.

In January 2020, New Jersey, 19 other States, the District of Columbia, and New York City sued to overturn the rule, asserting that it undermined Congress’ intent for the food-stamp program, and that USDA had violated the federal rulemaking process. The coalition asked the court to halt implementation of the rule immediately to avoid hurting individuals who rely on the program for food assistance and States that administer it.

In March 2020, the court granted the coalition’s request in part, enjoining the scheduled April 1 implementation of significant portions of the rule while the case proceeded.

In October 2020, the court issued a 67-page decision striking down the rule in its entirety.

The U.S. Department of Justice appealed prior to the change in administrations. Earlier this week, however, the Department asked the U.S. Court of Appeals for the D.C. Circuit to dismiss its appeal, and the Court did so on Tuesday.

As a result, the district court decision striking down the USDA rule is final, and the SNAP benefits reductions will not go into effect.

Building on these efforts to defend SNAP from the Trump Administration’s attempted rollback, Attorney General Grewal joined a multistate letter to Congress last week in support of the Improving Access to Nutrition Act. If enacted, the bill would eliminate limitations on the time period during which ABAWDs can access SNAP benefits.

The coalition letter argues that those limitations have proven ineffective in encouraging employment, and serve only to prevent those who cannot find work from accessing essential nutrition. It also notes that the process by which States can seek waivers from the prescribed time limits creates significant administrative burdens on States, and that the requisite data is not always available. Additionally, passing the Improving Access to Nutrition Act would prevent future administrations from attempting to cut off nutritional assistance through rulemaking.

Woman accused of shoplifting $4.00 worth of merchandise from QuickChek in Washington Twp, Warren County 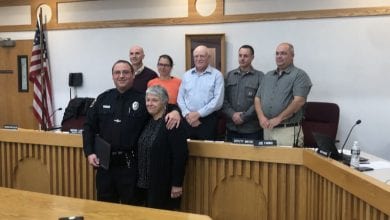 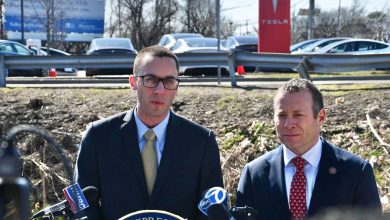