HACKETTSTOWN, NJ (Warren County) –  A man is facing several charges including driving while intoxicated after police say he crashed into bridge impact attenuator and then took another vehicle in an attempt to push it away from the bridge.

On August 14, at around 1:59 a.m., police responded to Route 46 near Water Street for a report of a motor vehicle that crashed into the bridge. When officers arrived on scene, police observed a silver BMW SUV disabled across the roadway and the driver was not on scene, police said.

Through a police investigation it was determined that a 2003 BMW, driven by Patrick Beety SR., 54, of Washington Township, NJ (Morris County), was traveling east on Route 46 and struck the bridge impact attenuator disabling his vehicle, police said.

Beety then had taken a Ford from a business in Washington Township, Morris County, without the consent of the owner, and backed the vehicle into the front of his BMW in an attempt to push it away from the bridge impact attenuator. He was then located at the business by Washington Township police, authorities said.

While the officer was speaking to Beety, the officer detected the odor of alcoholic beverage, police said.

Beety was charged with driving while intoxicated, driving while suspended, failure to report an accident, and careless driving. Betty was released pending court appearances for the Hackettstown charges and the warrant, police said. 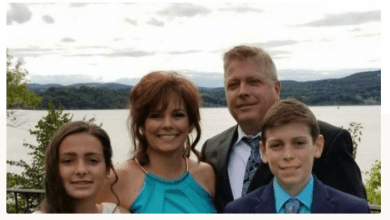 GoFundMe set up for family involved in Warren County crash

AAA: For pump prices, is this the calm before the storm?