HACKETTSTOWN, NJ (Warren County) – A Warren County man was arrested after fleeing the scene of a crash on foot in Hackettstown early Sunday morning.

On January 9, at around 1:50 a.m., police responded to the area of 120 Grand Ave for a report of a vehicle that struck a utility pole and the driver fled on foot, police said.

While an officer was responding to the scene, the officer observed a man matching the description running on Washington St towards West Moore St. The officer then stopped the man and he was identified as Bryan S. Morales-Mejia, 19, of Mansfield Township, police said.

While the officer was speaking to Morales-Mejia, the officer detected the odor of alcoholic beverage, police said.

Police determined that Morales-Mejia was the driver of the vehicle and officers located several empty alcoholic beverage containers inside the vehicle, police said.

Morales-Mejia was charged with driving while intoxicated, failure to report an accident, leaving the scene of an accident, reckless driving, careless driving, and possession of open alcoholic beverage container. He was released pending a court appearance. 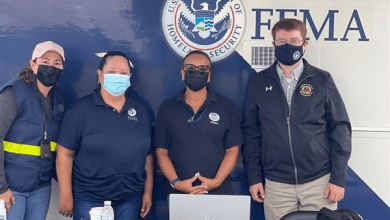