NEW JERSEY –  New Jersey is listed as among the middle of the pack for states with the policies to prevent and reduce tobacco use, according to the American Lung Association’s 21st annual “State of Tobacco Control” report, released Wednsday.

The state earned mostly mixed grades on this year’s report but did improve from an ‘F’ to a ‘D’ for access to cessation services.

The “State of Tobacco Control” report evaluates state and federal policies on actions taken to eliminate tobacco use and recommends proven-effective tobacco control laws and policies to save lives. This is critical, as tobacco use remains the leading cause of preventable death and disease in America and takes the lives of 11,780 New Jersey residents each year.

“New Jersey lags behind when it comes to tobacco control policies, and as a result, we have adult smoking rates at 10.7%” said Michael Seilback, National AVP, State Public Policy at the American Lung Association. “This gives us an important opportunity to improve the health of our state through proven policies, such as expanding the smokefree law by making all casinos smokefree, increasing tobacco control program funding, and prohibiting the sale of all flavored tobacco products.”

“It is imperative that decisionmakers in New Jersey commit the resources necessary to help all residents who want to quit their tobacco addiction and prevent another generation from a lifetime of addiction. For far too long, New Jersey’s casino workers have been forced to work in hazardous conditions being exposed to secondhand smoke: we call on the Legislature to immediately pass the Smokefree Casino bill and for Governor Murphy to sign it,” said Seilback.

The “State of Tobacco Control” report grades states and the District of Columbia in five areas that have been proven to prevent and reduce tobacco use and save lives. In the 2023 report, New Jersey received the following grades:

This year’s report noted the need for New Jersey policymakers to focus on:

The report also grades the federal government on their efforts to eliminate tobacco use. This year, there were new steps taken by the government to prevent and reduce tobacco use, including proposed rules to end the sale of menthol cigarettes and flavored cigars, Congress passing a law requiring the FDA to regulate tobacco products made with synthetic nicotine, and increased federal enforcement of the Tobacco Control Act. As a result of these steps forward, the federal government’s grade for “Federal Regulation of Tobacco Products” improved from a “D” grade last year, to a “C” grade in the 2023 report.

The 2023 “State of Tobacco Control” report grades the federal government in five areas:

FDA is overdue in publishing the final Tobacco 21 regulations as required by statute, which is why it earns an “incomplete.”

To learn more about this year’s “State of Tobacco Control” grades and take action, visit Lung.org/sotc. 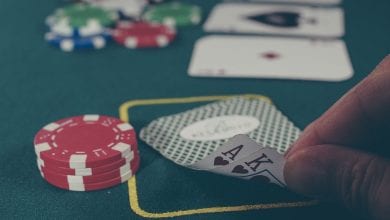 DEP, NJDOT urge motorists to beware of deer and drive with extra caution as daylight hours decrease with earlier twilight