Each year, the organization turns the nation turquoise, the signature color of LUNG FORCE. Here in New Jersey, we are asking news anchors to wear turquoise on air on Tuesday, May 10 and the Lung Association is illuminating New Jersey landmarks and buildings turquoise, as well as throughout the U.S. including Niagara Falls, One World Trade Center, Hoover Dam, Willis Tower, the Wrigley Building and Tampa Riverwalk. New Jersey illuminations (and illumination dates) and proclamations include:

“Lung cancer remains the leading cause of cancer deaths among both women and men in our state. In 2022 alone, it is estimated that 5,980 New Jersey residents will be diagnosed with lung cancer. But there is hope. The five-year survival rate – the percentage of people who are still alive five years after being diagnosed – increased by a dramatic 33% in the past ten years,” said Michael Seilback, National AVP, Public Policy, American Lung Association. “Raising awareness and funds for lung cancer is more important than ever. We encourage our community to get involved in Turquoise Takeover.”

Lung cancer screening is key to early diagnosis, and early diagnosis saves lives. Unfortunately, only 5.7% of those at high risk have been screened, including 3% in New Jersey. This week, the Lung Association also released new creative for the groundbreaking “Saved By The Scan” campaign called A Hope Story. This new public service announcement educates people who smoke and used to smoke about the low-dose CT scan that can detect lung cancer in the early stages, when the disease is more curable.

The “Saved by the Scan” campaign is making a difference. In fact, more than 750,000 Americans have learned if they are at high risk for lung cancer through the online quiz. If you smoke or smoked, learn more about lung cancer screening at SavedByTheScan.org.

Turquoise Takeover Week was created by the American Lung Association’s LUNG FORCE – a national initiative uniting Americans against lung cancer in 2014. Learn other ways to get involved with Turquoise Takeover at LUNGFORCE.org/TurquoiseTakeover. 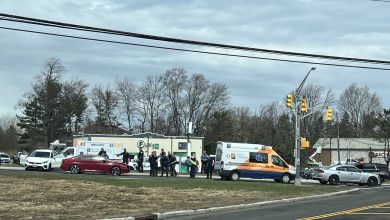