BLAIRSTOWN TOWNSHIP, NJ (Warren County) – While photos from anglers have confirmed the presence of American shad in the Paulins Kill earlier this spring, Bureau of Freshwater Fisheries biologists have now officially documented the species presence in the Paulins Kill upstream of the dam site. The shad were captured on Monday in Blairstown Township, which is 9.5 miles upstream of the Columbia Lake dam in Knowlton Township. Two other shad were captured days later, according to New Jersey Division of Fish and Wildlife officials.

The damn, owned by the Division of Fish and Wildlife since the 1950s, was removed this past winter to restore this historic spawning pathway for this anadromous species. The dam has blocked migration within New Jersey’s third largest tributary to the Delaware River for more than 110 years.

The removal of the 18-foot high dam, the largest removal to date in New Jersey, was accomplished through a diverse partnership of state and federal governments, and non-governmental organizations (NGOs). The majority of funding for the removal was provided by DEP’s Office of Natural Resource Restoration with monies from natural resource damages.

The Nature Conservancy of New Jersey provided project management and oversight over the multi-year project in coordination with American Rivers.

The USFWS has provided support throughout various phases of the project including the design of critical fish passage structures through the I-80 bridge which traverses the Columbia Wildlife Management Area.

The project is ongoing, with stabilization of key areas along the newly formed stream channel underway, and removal of the powerhouse to begin in upcoming months. The Division’s fisheries staff will continue to monitor the recovery of American Shad in the river and will conduct additional sampling this fall to confirm if they have successfully spawned in the river.

Anglers are reminded while American shad may be targeted in the Delaware River mainstem, they cannot be targeted in other freshwaters of the state. Anglers who see or accidentally catch an American shad while fishing for other species are encouraged to report their sightings to the Division at NJFWfish@dep.nj.gov or 908-236-2118. Please include the date of sighting, location, any photos, and your contact information. 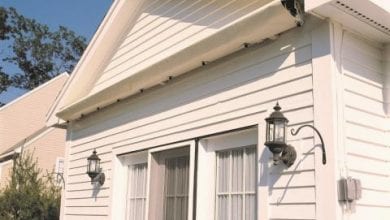