MOUNT OLIVE TOWNSHIP, NJ (Morris County) – Nobody was injured after a fire at an apartment complex Thursday morning in Mount Olive Township.

The apartment fire was reported on January 7, at 8:31 a.m., at Village Green Complex, building 2, police said.

Police arrived on scene and observed visible smoke and flames at an upstairs apartment. Officers responded and confirmed all the tenants and animals were evacuated, police said.

During the course of the investigation, it was determined that a resident put cooking oil in a pan on top of the stove and turned it on. The resident was alerted by a family member that the oil was on fire and then the resident tried to put the fire out with water, police said.

Our volunteers responded to a home #fire at the Village Green Apartments in #MountOlive, helping 9 people from 3 families, providing Red Cross emergency assistance for temporary lodging, food and clothing as needed.

There were no reported injuries, police said. 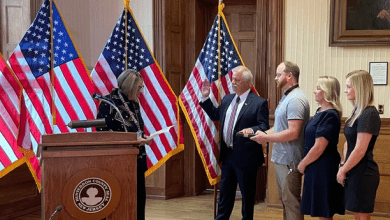