NEW JERSEY – Applebee’s Neighborhood Grill & Bar recently announced the official launch of its 6th annual Above and “BEE”yond Teacher Essay Contest, which recognizes top teachers – as nominated by their students – by rewarding them with a sponsorship check and end-of-year class party.

The contest is being offered at Applebee’s restaurants in New Jersey owned and operated by local franchisee Doherty Enterprises. Applebee’s will award four deserving teachers across 13 counties with a $500 sponsorship check to use toward their classroom for the upcoming 2022-2023 school year, along with an end-of-year party for their current class.

To nominate a teacher and enter the contest, students must submit an essay in-person at their local Applebee’s explaining why their teacher deserves to be Applebee’s “Teacher of the Year.”

As an additional incentive, students who enter an essay will also receive a free ice cream certificate for later use. Essay submissions are limited to one per student and will be accepted at participating Applebee’s restaurants now through Sunday March 13, no later than 10:00 p.m. Winners will be announced on Monday, April 15 and end-of-year parties will be thrown before Sunday, June 12. If end-of-year parties are not viable, class parties will be replaced with two Dinner for Four certificates.

“We’re excited to announce the launch of our sixth annual Above and ‘BEE’yond Teacher Essay Contest at our New Jersey restaurants,” said Kevin Coughlin, Director of Operations, Applebee’s New Jersey. “Our restaurants are committed to giving back to the local community now more than ever. We’re honored to support local schoolteachers and want to recognize their dedication and hard work amidst the ongoing pandemic.”

One winner will be selected from each set of counties, grouped together by the following geographic areas: – (Bergen, Passaic, Hudson); (Warren, Hunterdon, Somerset, Union); (Morris, Sussex, Essex); and (Middlesex, Monmouth, Ocean). Essay submissions from the 2021-2022 school year will also be included in this year’s voting. 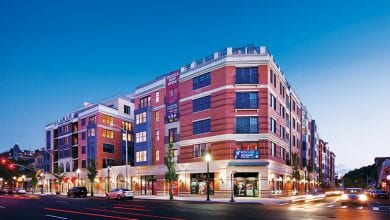