“The revenue report today, on the heels of devastating unemployment numbers, is the result of Governor Murphy’s arrogance,” said Wirths, the Assembly GOP Budget Officer (R-Sussex, Warren, Morris). “For weeks there have been calls to reopen the economy. And, I respect the governor for listening to some of those calls, but he has created more problems than he has solved.”

Dr. Anthony Fauci said earlier Friday that now is the time to reopen the economy with significant precautions to ensure the coronavirus doesn’t resurge, Wirths said.

The Murphy administration has announced that unemployment rose by nearly 12 percent to 15.3 from March to April and that revenue is down $2.8 billion this fiscal year and $7.4 billion for fiscal year 2021. New Jersey has been the second most affected state by Covid-19, but Wirths says economic damage does not have to be so severe.

“Taxes have increased an immense amount under Murphy with cooperation from Democrats in the legislature,” Wirths said. “We also know that taxes take away our residence’s ability to save. Taking away the power of the dollar from our residents, and then taking away their ability to earn an income is not a position that should be lauded.”

Murphy has not provided a definitive timeline for reopening the economy. He named three stages, and put the state in stage one.  However, after the three stages there are ambiguous subsequent stages that the state will need to go through, Wirths said

“Everybody wants people to be safe and healthy, but nobody is safe and healthy who can’t provide for themselves in some way.  Governor Murphy has taken away the ability for over a million people to provide for themselves. He wants to balance his wants and needs in the budget. He represents the people first, and their wants and needs must be prioritized. His approval rating seems like a farce compared to what I’m hearing from people across the state,” Wirths said 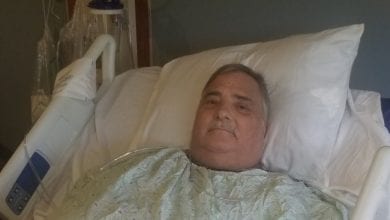 Man released from St. Luke’s Warren Campus after battling COVID-19 for over 2 months