NEW JERSEY – The bus driver shortage in New Jersey has reached critical mass, with school officials sharing stories of canceled bus routes and children getting home at dinnertime during the state Legislature’s Joint Committee on the Public Schools Tuesday, according to Assemblywoman Aura Dunn (R-Morris).

Superintendents from across the state told committee members that driver shortages are causing some students — many as young as 5 years old — to be picked up 90 minutes early and dropped off more than two hours late each day. One South Jersey school district had to change the start time of 25% of its schools to accommodate its driver shortage, Dunn said.

Districts have been offering parents up to $1,000 to drive their children to school. Other students must rely on public transportation or ride-hailing services like Lyft or Uber to get to class, Dunn said.

“None of this is sustainable. It’s nothing short of educational neglect,” Dunn said. “The state can make changes that would help get drivers in seats without compromising our children’s safety. But this administration instead ignores the issue, as if it will resolve itself.”

Dunn said she met with key players from the New Jersey School Bus Contractors Association recently, and will work closely with them in the coming weeks to find workable solutions to the ongoing bus driver shortage crisis.

In the meantime, Dunn praised the ideas that came out of the Tuesday’s committee meeting, such as offering incentives to CDL license holders and recruiting National Guard members to drive buses.

School and government officials said the Motor Vehicle Commission should prioritize CDL scheduling and testing, to alleviate the continued backlog caused by government Covid-19 lockdowns. The federal government, which regulates most bus driver requirements, should be lobbied to remove the “under the hood” and mechanical knowledge requirement on the CDL test. CDL waivers should be temporarily granted so drivers can transport students in 15-passenger vans, Dunn said.

“I applaud the Joint Committee on the Public Schools for seeking solutions where Gov. Murphy and his administration has been silent,” Dunn said. “I hope he is finally listening and will act. Our children deserve better.” 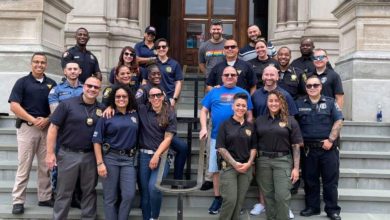