UPDATE: On Sunday, Sept. 25, at around 12:00 p.m., Karen Newton was found, according to Flemington Borough Police Chief Jerry Rotella said.

“On behalf of the Flemington Borough Police Department and the family of Ms. Newton, we’d like to thank everyone who participated in the search. More specifically I’d like to thank the Hunterdon County Prosecutor’s Office, Flemington Borough Office Of Emergency Management, Raritan Township Office of Emergency Management, New Jersey State Police Missing Persons Unit and Aviation Unit, New Jersey Department of Corrections K9 Unit, and the Flemington-Raritan First Aid and Rescue Squad for their direct assistance in the successful search and rescue of Ms. Newton. She has been transported by ambulance to the hospital for treatment,” Rotella said.

Karen Newton walked away from a program on Broad Street on September 23, at around 3:45 p.m., police said.

Newton has no known destination in town but is considered missing and endangered, police said.

Anyone with information is asked to contact the Flemington Borough Police Department at 908-782-3434. 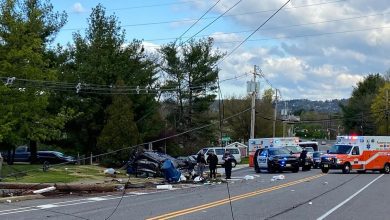