WARREN COUNTY, NJ – Authorities used DNA to identify the body of a 1991 homicide victim in Warren County known by her tattoo as “Tiger Lady.” However, her death and killer still remain unknown, the Warren County Prosecutor’s office said at a press conference on Friday.

On Sunday, October 26, 1991 at around 1:45 p.m., state police were dispatched to a gravel parking area along Route 94 North at milepost .06, in Knowlton Township for a report of a deceased female, authorities said.

The parking area was near Route 80, which stretches across the nation. A Truck Stops of America facility (now known as TravelCenters of America) is located in close proximity to where the remains were found.

The unidentified female was found nude and her body was in a state of advanced decomposition. She had a large, 7-inch Bengal tiger tattoo on her lateral portion of her left calf. Because of this tattoo, the unidentified victim became known as “Tiger Lady”.

On October 27, 1991, Assistant Medical Examiner Dr. M. Cowen performed an autopsy and the manner of death was determined to be a homicide but the cause of death was undetermined. There were no gunshot wounds or significant traumatic injuries to the body, authorities said.

An extensive investigation was launched into the homicide. Throughout the investigation, the Warren County Prosecutor’s Office and The New Jersey State Police, including Criminal Investigations, Major Crimes, and Crime Scene Units, received assistance from numerous Federal, State and local agencies.

The DNA profile was then uploaded to the National Missing and Unidentified Persons (NAMUS) database as well as the National Center for Missing and Exploited Children in April of 2008. Additionally, various composite drawings were developed over the years. The homicide, the recovery of the body, and the quest to identify “Tiger Lady” has been featured by various news outlets in print and on television.

On December 17, 2020, a sample of “Tiger Lady’s” remains were transported to Bode Technology in Lorton, Virginia, in the hope of extracting DNA from her bones. The goal was to update her profile and explore genealogical databases in the hope of finding a familial relationship.

Then on July 22, 2021, Bode Technology reported that they identified “Tiger Lady’s” grandparents, aunts, uncles and numerous cousins. The grandparents were identified as Ernest Baker (1907-1993) and Nina Brownwell (1911-1986), who had lived in various locations in Pennsylvania throughout their lives, predominantly in Coatesville, Chester County.

Ernest and Nina had seventeen children. Through research, the genealogist identified eleven of those children as the possible parents of “Tiger Lady.” Many of those relatives were believed to still be living in Pennsylvania.

On July 29, 2021, detectives from New Jersey State Police Cold Case Unit and Warren County Prosecutor’s Office traveled to Coatesville, PA, to speak with Desi Baker, one of Ernest and Nina’s children. Desi immediately knew why the detectives were there and provided the name of his missing niece, who fit the physical description of “Tiger Lady” and who had been missing since October 1991.

Desi identified his niece as Wendy Baker, the daughter of his late brother Bruce Baker, who passed away in 2017, and Mary Wagner, Bruce’s first wife, who passed in 1999.

Detectives also spoke to Wendy’s step-mother. Wendy was raised by her step-mother from the time she was 4-years-old until Wendy was 15-years-old, travelling between Chester County and Bradenton, Florida during this time the stepmother provided Wendy’s full name, Wendy Louise Baker, who was born on July 14, 1975, making her 16-years-old at the time of her death.

Detectives were able to obtain Bruce Baker’s DNA from the Pennsylvania State Police. University of North Texas was then able to compare the of Bruce Baker to the previously generated profile for “Tiger Lady”.

University of North Texas Center for Human Identification confirmed that Bruce Baker was the father further confirming he identity of the victim as Wendy Baker. 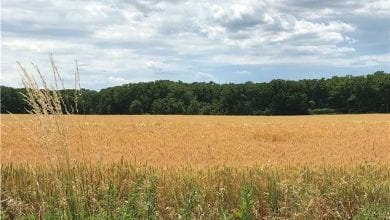