NEW JERSEY – The Democrat-led state Assembly passed legislation Thursday that would bar police officers from being stationed within 100 feet of a polling place after a fiery debate initiated by Republicans. Republicans blasted the bill for demonizing police.

“I think that the presumption of this bill is that police are in the wrong or guilty automatically,” said Assemblyman Hal Wirths (R-Sussex), who asked for the bill to be pulled from the agenda.

Wirth’s took issue with claims that the bill was crafted to prevent uniformed police officers from sitting inside polling locations for sixteen hours a day made, which were made by its sponsor, Assemblywoman Verlina Reynolds-Jackson (D-Mercer).

“Assemblywoman with all due respect, the bill doesn’t say inside,” Wirths told Reynolds Jackson. “This bill says within a hundred feet.”

Violating the terms of the legislation would constitute a fourth-degree crime.

Wirths also suggested the bill could have the opposite effect of its intention and actually lead to voter suppression because people would be afraid to turn out; knowing police are barred from protecting them there as partisan activity heightens in an emotionally charged environment.

“I think that this could suppress the vote,” Wirths said. “Many people may stay home because they feel that there won’t be law enforcement there to protect them.”

Assemblyman Jay Webber challenged Reynolds Jackson to name an instance of voter intimidation by police in the last ten years, but the sponsor could only cite a complaint of a police officer stationed outside the Lawrence Township municipal building near a ballot drop-box.

That officer’s job, according to the state Fraternal Order of Police Labor Council during a Senate committee hearing in October, was to check the temperature and get the names of those entering township offices due to concerns about Covid-19.

That did not stop Democrats from presuming a much larger problem without evidence.

“The point is that I received one,” said Reynolds-Jackson during the session. “And if we received one complaint, we need to act on it as though we had a million.”

Reynolds-Jackson said she could supply a list of a thousand complaints, which Webber said he looked forward to seeing.

“Like you, I get the letters of people who support and none of the people you have named have sent a letter of support,” DiMaso (R-Monmouth) told Reynolds-Jackson.

Assemblywoman BettyLou DeCroce, who oversaw elections as municipal clerk in Roxbury Township from 1988 to 2010, called for amendments allowing police to pass through locations for the safety of voters and poll workers, many of which are elderly.

“I counted on my police department to make sure that my polling locations were OK and safe,” said DeCroce (R-Morris). “When I look at this bill, I look at it taking away some direction and responsibility that I had as a clerk making sure that my community was safe.”

DeCroce reminded lawmakers that older adults tend to account for large shares of both poll workers and voters in most elections and that much of the state is made up of rural communities with polling locations in isolated areas that can be dark by the end of the night on Election Day.

“I don’t want to see happen where the police are in a position of not even wanting to go to the polling place because they don’t want anybody to say they did something wrong,” DeCroce said. “I think that this will deflect them from even going there.”

“I can’t think of another statute passed by this house where we would bar a law enforcement officer from patrolling, investigating, or walking through any other public building in this state,” Assemblyman Greg McGuckin (R-Ocean) told lawmakers.

McGuckin raised the vantage point of somebody who wants to do harm to a large amount of people because that is one place where police are guaranteed to be stationed away from, particularly during elections when emotions are intensifying.

“What this bill does is make every single polling place a soft target for someone who may wish to do mischief,” said McGuckin.

“It is not happening everywhere,” said Assemblyman John DiMaio, who told lawmakers that he has never seen a police officer stationed at the polls and made clear that is a decision of municipal governments.

DiMaio said that if voters told him while he was mayor of Hackettstown from 1991 to 1999 that they felt intimidated by police at polling locations he would have removed them.

“It’s local decisions that put the police officers there – if they are there and it is as widespread as you think they are,” DiMaio (R-Warren) said. “So, I think you really need to go back to the local level on this issue and let it go on a case-by-case basis.”

The bill passed the Assembly, 45-25 with three abstentions. The Senate version was also scheduled in the state Senate on the same day, but it did not come up for a vote. 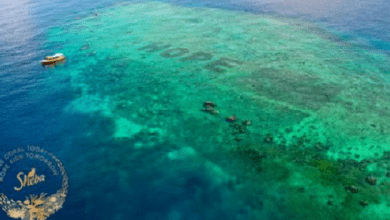