MORRISTOWN, NJ (Morris County) – A 24-year-old Union County man has been hospitalized with non-life-threatening injuries after being struck by a Jeep in Morristown on Friday morning.

The crash happened on June 11, at around 11:52 a.m. at the intersection of Abbett Avenue and Ridgedale Avenue, police said.

The initial police investigation determined that the Jeep had been turning from southbound Ridgedale Avenue onto Abbett Avenue with a green traffic signal when Jeremy Holloman of Elizabeth rode into the crosswalk and the collision occurred, police said.

The investigation determined that Holloman had been riding on the sidewalk, heading northbound on the southbound side of the road when he entered the crosswalk. As a result of the information discovered, that Holloman was ultimately found to be at fault in the collision, police said.

Holloman suffered abrasions to his legs and was complaining of pain in his side. He was transported to Morristown Medical Center. The driver of the Jeep was uninjured, police said.

Police did not release if any summonses were issued. 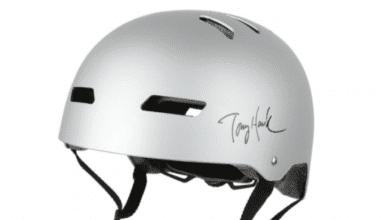 Henderson Cove area of Lake Hopatcong reopens for swimming, but majority is still under algae advisory