HUNTERDON COUNTY, NJ – Hunterdon County Board of Commissioners Director Susan J. Soloway, at the April 6 board meeting, supported New Jersey Attorney General Gurbir Grewal’s brief to the U.S. Supreme Court in opposition to the PennEast pipeline’s efforts to take preserved land, and called for the Biden Administration to ‘get on board’ with New Jersey.

Soloway, who had previously called for the Biden Administration to reverse its support of the pipeline’s effort to take state and county preserved land, stated, “Attorney General Grewal’s brief is very clear in its statement to the Court that there is no constitutional exception to sovereign immunity for eminent domain lawsuits. I sincerely hope the Governor is sharing New Jersey’s position with President Biden’s Administration, to encourage a reversal of its decision to support the taking of land the taxpayers have paid to preserve. The national Administration needs to get on board with New Jersey.”

The U.S. Supreme Court is considering an appeal of the Third Circuit Court of Appeals’ ruling that disallowed Penn East’s use of eminent domain to take state land. President Biden’s Department of Justice has supported Penn East’s position calling for an overturning the lower court decision.

The New Jersey Attorney General’s brief, as well as one by the New Jersey Conservation Foundation, in opposition to PennEast’s use of eminent domain, were filed with the U.S. Supreme Court, on March 31.

Timothy P. Duggan of the law firm of Stark and Stark, who has provided legal services for Hunterdon County on the PennEast pipeline issue, said, “I think they (the briefs) are excellent and we have very strong arguments.” 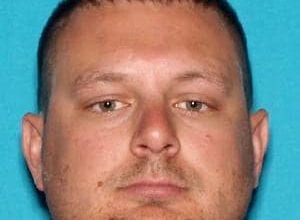